An overview of the 18 presentations from the 24 participants of 'CHC 2016', this year's meeting of the Creating Health Collaborative, a growing community of innovators trying to understand – and create – health from the perspective of people and communities. The meeting was held July 28-29 in New York

Regular readers will know that last week was the annual meeting of the Creating Health Collaborative, a growing community of innovators trying to understand – and create – health from the perspective of people and communities. There were 24 participants and 18 presentations. In this post I will recap the structure of the meeting and the presenters’ key messages, at least from my perspective.

The meeting, which was called ‘CHC 2016: From Principles to Practicalities’, carried on from where we left off last year (CHC 2015); specifically, we sought to consider five key questions:

There were four presenters in this session. Maggie Super Church described the trials and tribulations of trying to raise money for the Healthy Neighborhoods Equity Fund, a $30million private equity real estate fund investing in the building blocks of healthy neighborhoods. It was fascinating to hear how for many institutional investors the fund is too small, although some religiously-anchored hospital systems, especially Catholic ones, were interested. Leigh Carroll described MIT CoLab’s process of forming a collaborative research team with neighborhood residents and community organizers to develop an approach to investigate the relationship between urban development and community-defined health. Anjali Taneja described how Casa de Salud is trying to find a community-centric approach to collective healing, rather than the health system’s current approach of isolating individuals, labelling them with diagnoses, and saddling them with drugs, often bankrupting them in the process. And Philip Sambol described how he was trying to bring fresh food into a ‘food desert’, a challenge that is not just about the price of the food but also helping residents to understand food and cooking. He also uses the store as a way to create job opportunities specifically for the local community, tailoring the roles, as best as possible, to their circumstances. 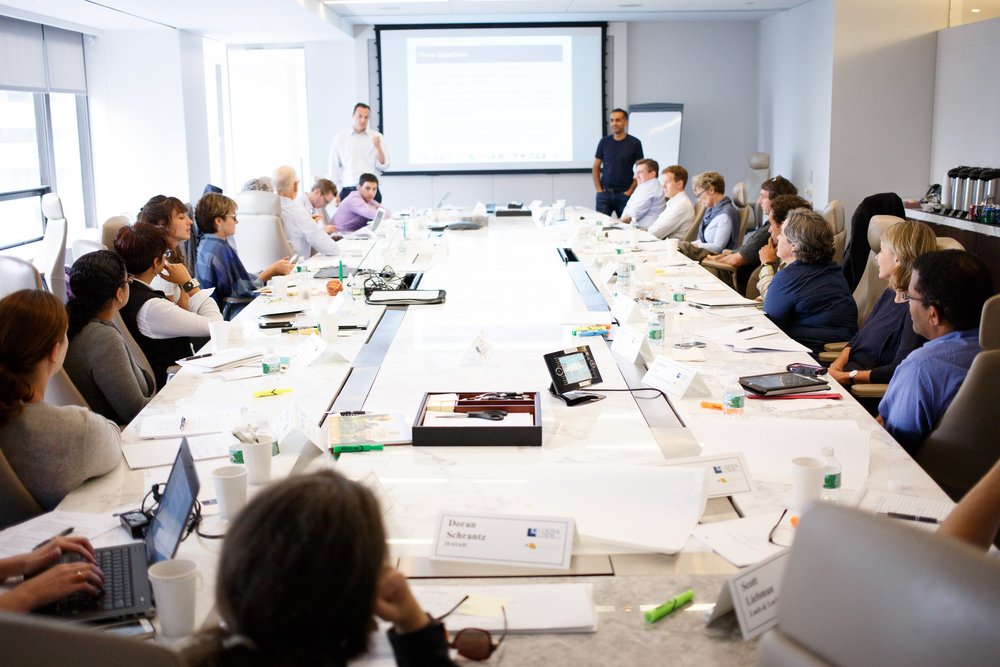 There were two presenters in this session. Julian Corner described how his organization, Lankelly Chase, a UK-based charitable foundation focused on tackling severe and multiple disadvantage, has realized that focusing on people’s problems only serves to label them, reinforcing their status as supplicants and preventing systems from being able to respond to their true needs. He described how the foundation increasingly see their work as providing a platform for people from different systems to spend time together to better understand the needs of the people they’re seeking to help. Chantal Walg described how individuals within a health system in the Netherlands have embraced the idea of ‘positive health’ and created a network dedicated to collaborating across silos to better respond to people as a whole, rather than just their illnesses.

The value and tension of organizing communities for health

There were two presenters in this session. Margaret Aimer of Ko Awatea, New Zealand, described how they used the Collaborative’s 11 principles for creating health to assess their efforts to embrace community organizing with Pacific youth across south Auckland. The process made them realize they’d lost their way a little and, as a result, were able to double down on their work, partly by better understanding what the youth wanted to focus on and partly by gaining further commitment from the health system’s leaders. Doran Schrantz of ISAIAH described how her organization was getting more and more interest from health systems but asked whether they really understood, and were prepared for, the value and consequences of communities being better organized.

Palpating the bigger system within which health happens

There were three presenters in this session. Tony Iton gave an update on The California Endowment’s Building Healthy Communities program, specifically on how their ‘hub structure’ had fared across their 14 communities and why private investment and ‘the market for health’ were yet to materialize in their communities. Jeff Cohen of FSG described how they are seeing collective impact programs in the same locality bump against one other, an unsurprising observation when you consider that all systems – for instance, health, education, and food – interact with each other continuously. The question, then, becomes how do you stop them competing for the same resources within a locality. And Bruno Sobral described how Colorado State University is trying to establish the One Health Institute so that research is conducted with an understanding of the whole system rather than the specialty and sub-specialty silo’s that predominate in academia.

There were two presenters in this session. Katherine Mella of the Community Innovators Lab at MIT (Colab) described the Bronx Healthy Buildings Program in which the Northwest Bronx Community and Clergy Coalition, together with other partners, including Colab, are leveraging green and healthy retrofits to improve the housing and health of people with asthma and creating local jobs and wealth. Mike Roaldi of UnitedHealthcare described how his organization is exploring how they can enable low-income and vulnerable populations to access a broader range of government and community services, including employment, housing, transportation, nutrition and financial literacy, in effect to address the social determinants of health.

The pain of metamorphosis

There were three presenters in this session. Kim Fortunato of Campbell Soup Foundation described how the Foundation had set out to address childhood obesity in their home town, Camden, New Jersey, but realized that it was odd to worry about body mass index when a high percentage of people endured chronic food insecurity (running out of money for food before their next pay check). Maggie Hawthorne of the Camden Coalition described how the Coalition’s work was making them see what a better system for health might look like and how that means they have to reside in what she called a ‘threshold space’, an environment replete with the tension of having one foot in the old, established world and one foot in the new, emerging one. And David Zuckerman described the Democracy Collaborative’s difficulty in shifting from being a think-and-do tank to a consultancy-with-a-mission as they develop and deliver tools to enable hospitals to perform as anchor institutions.

There were two presenters in this session. Tom Kottke described how HealthPartners is collecting data on what they call their ‘summary measures of health and well-being’ and combining that with data from County Health Rankings to find opportunities to respond to their communities’ needs above and beyond health insurance and health care. Mark L Wieland described how Rochester Healthy Community Partnership used a participatory approach to evaluate their partnership and found the process not only deepened the relationship with the community but also helped them identify key questions and possible aims for the year ahead.

The emphasis of the meeting was on discussion. Each presenter set out their work and ended with three key questions, all within 10 minutes, after which there was 20 minutes of discussion. In parallel to the presentations and discussions, Bridget Kelly and Ollie Smith, both of the Executive of the Collaborative, tracked our use of language and how the principles for creating health might evolve, respectively.

In due course we’ll publish a report from the meeting, hopefully with a refined set of principles and a list of tools that presenters used. More on that soon but for now I’d like to thank all of the participants of CHC 2016 for sharing their work generously, honestly, and with vulnerability.