An interview of Ollie Smith, Director of Strategy and Innovation at Guy’s and St Thomas’ Charity in London, about their hypothesis to improve health through increasing individual agency

In a departure from my usual interview format, today I am sharing a conversation with Ollie Smith, Director of Strategy and Innovation at Guy’s and St Thomas’ Charity. The Charity describes itself as an innovation catalyst and recently put out an invitation to tender looking for organisations to help them test the hypothesis that a solution to the health challenges facing their part of the world is to increase individual agency in the local population. I was lucky enough to win the work and, currently half-way through it, we thought we’d share a little on the background and where we’ve got to.

Pritpal S Tamber: You better start by telling folks what an innovation catalyst is.

Ollie Smith: It’s all about taking risks. We are an independent charitable foundation with an endowment of almost £600m (US$920m) which enables us to spend £20m (US$30.5m) a year to tackle the major health and care challenges facing the London boroughs of Lambeth and Southwark. We were established over 500 years ago, and our endowment means we are able to take a long term perspective and consider radical new approaches, the ones that we hope will have the greatest potential to improve the health of the local population. By funding others we enable them to take big risks, bigger than commercial capital usually tolerates. We have a long and close relationship with Guy’s and St Thomas’ NHS Foundation Trust, one of the major local health care providers, but we support anyone who has ideas to improve people’s health in Lambeth and Southwark.

PST: You mention ‘radical’. ‘Agency’ seems to be quite a radical idea. What is it?

OS: At its heart it’s about control. If I have agency then I’m able to take control of my life.

PST: And why is the Charity talking about it?

OS: Because we think it has the potential to solve some deep rooted problems. Lambeth and Southwark are two of the most deprived areas in the UK and that strongly correlates with poor health. This is despite the presence of well-regarded health and care institutions. To get under the skin of this, last year we undertook some research into how people think about health in the context of their lives. This revealed that ‘health’ is often seen as more than just the avoidance or treatment of illness. What people want is a fulfilling life, financially secure, with nourishing relationships. This broader definition of health is often termed ‘wellbeing’. Often the institutions we work with struggle to respond to what people really want or need, rather focussing on the ‘system’. Our working theory is that if we can catalyse people to have more control – or agency – in their lives it will improve their, and others’, wellbeing.

PST: How do you know if greater ‘agency’ in a community will lead to better health outcomes?

OS: The short answer is that we don’t but I need to unpack your question a little. First of all, we are aware of some evidence that suggests it is important but we wanted to go beyond this, hence the exploratory work that we’ve asked you to lead. Secondly, we understand that it’s not so much that agency will lead to better health, but that having agency is an important part of feeling well. Being in control of your life is an important part of ‘wellbeing’. Perhaps you could say a few words about the work you’re doing on our behalf.

PST: Yeah, sure. As regular readers likely know I’ve spent the last few years exploring the future of health and it has brought me to the idea that it’s about starting where people are, as opposed to where experts and systems think they should be. It’s led to the Creating Health Collaborative, an international collective exploring the idea of health beyond the lens of health care – very much the kind of stuff you unearthed in your local research.

OS: Yes, that’s why we asked you to lead this work.

PST: To date, my work has been about following clues and speaking with good, entrepreneurial people. What you’ve asked me to do is more systematically examine the ‘evidence’ that’s out there so we have a consolidated sense of the space. We’re looking at the indexed literature for examples of projects that have been defined and led by communities, while also speaking with some of the leading doers at the vanguard of this space. We’re hoping to leverage published and experiential knowledge to glean the design principles for a truly community-led piece of work that the Charity might fund. Back to you; are there any examples out there that resonate with your thinking?

OS: The California Endowment’s Building Healthy Communities programme is a hugely important example. They are half way through a US$1bn, 10-year programme to improve the health of 14 low-income communities across California.  What excites me about their work is how they have really taken the time to understand the local context, prioritise the issues that are important to each community, and to invest in local capabilities. I know that it has not all been smooth sailing and that they’ve learnt a lot on the way. I’m hoping that we can benefit from their experience. Back to you; do you have a sense yet of what a Charity-funded programme for Lambeth and Southwark might look like?

PST: As you know, we’re only half-way through the work but we’ve started to get a strong sense of it. I think there are three fundamental ideas that need to be embraced. Firstly, communities are complex environments in which events are hard to predict. One needs to design a programme that can handle unexpected events. Secondly, it’s hard to know when a community is exerting agency. It’s easier to know when individuals are, but there is a need to invest in and nurture the idea of community-level agency. And thirdly, we’re of the view that whatever you do it has to seek and test new business models for health as they’re fundamentally different to the business model of health care, which is organised around sickness or its prevention.

OS: Sounds good. I’m looking forward to seeing the fruits of your labour. I know it will be important to the Charity but I’m sure others will be interested too so I plan to share the results as soon as we can.

PST: Excellent. This ‘space’ will only grow through open collaboration.

By the end of this work we’ll have honed a set of design principles for a community-based programme to build agency. We firmly believe that no two communities are the same, no matter what the demographic or epidemiologic data says, which is why we think what matters most are the fundamentals of programme design. 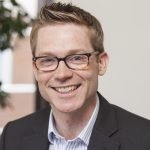 Ollie Smith joined Guy’s and St Thomas’ Charity in 2010 as director of strategy and innovation. He was previously a deputy director at England’s Department of Health, where he led a diverse range of health and health care policy and strategy initiatives. His earlier experience includes working in the Prime Minister's Strategy Unit.

See other articles in this/these project(s): Being Well by Believing We Can
NEWSLETTER
NEWSLETTER
Scroll to Top