Between Listening and Doing

I grew up working in my father’s restaurant. My father grew up working in his father’s restaurant. Food and food service are in my blood; it’s an intergenerational passion, and it has led me to spend the last few years trying to work out why food deserts exist. The more I have looked into it, the more incomprehensible it has become. There are people crying out for local grocery stores—or any store selling fresh food—and yet not enough is happening. I thought it was because no one was listening to communities, but I have come to realize that listening is not enough; we must do. But doing is tough, and requires that we constantly ask new questions and find new solutions.

If you’re going to think about food in the United States, there’s no better place than New Orleans; “the Big Easy,” as it’s known, is a food lover’s paradise. I arrived there in late 2012, with some savings and an income stream of royalties from my previous life. I spent the latter part of that year and early 2013 volunteering with various “food access” nonprofits, and meeting with long-time food and social justice activists to understand the problems. These conversations kept leading me back to the Lower Ninth Ward, an area devastated by Hurricane Katrina in 2005—80 percent of homes were destroyed or demolished. Many of the buildings remained in a state of disrepair, gutted and without electricity, and many of the former residents were still looking for a way to get back home.

But there was also another problem: Over the years, ideas for rebuilding that had little chance of success had sapped the community’s strength. After Katrina, academics swamped the city, now left with half its population and a third of its grocery stores, wanting to use the opportunity—a veritable clean slate—to understand how to develop interventions that would improve food access. With dozens of food deserts around the city, it was easy to latch onto the desire for a grocery store. These academics conducted surveys, created artists renderings, and submitted reports to funders, but their recommendations failed to recognize that the grocery industry has well-established metrics for the size and density a neighborhood must reach to sustain a supermarket. After hundreds of community members dedicated years of time and energy to getting access to fresh food, they were left with the cold fiscal realities not considered in the surveys, renderings, and reports.

What the community wanted was clear, so the question became: How do you operate a grocery in a less-affluent community? It needs to be large enough to meet demand but small enough to avoid the costs of a large operation. While trying to answer this, I learned the role that grocery stores play in community development beyond access to food. Groceries also serve as meeting places, sources of informal credit, and places where kids get their first jobs and learn the responsibilities of work. I packaged what I learned into an approach that I developed with the help of dozens of individuals and organizations. I called it Health Education Center, Kitchen, Organic Farm, and Neighborhood Grocery, or HECK OF A Neighborhood Grocery for short.

With a plan in mind, and, more importantly, on paper, I began meeting with potential funders. Many were quick to pat me on the back and applaud the work I’d done to truly understand the problems—but the funding never came. In truth, we were asking for a lot, because we needed to renovate a building to house the store. But investment size aside, many funders had simply given up on the people of the Lower Ninth Ward.

I took all of the objections from funders as fodder for new ideas. I was warned that I’d be training local people in the basics: simple mathematics, turning up on time, and food handling. In response, we built a job-training program into the grocery operations. I was warned that we would never be able to offer prices to compete with big-box retailers. In response, we incorporated nonprofit functions into each aspect of the business to subsidize prices for members of low-income communities. I was warned that I would never be able to secure proper distribution. In response, we built a strong relationship with a major grocery supplier, and designed an urban teaching and production farm to supply the store and foster knowledge about nutrition and growing food. And yet it was still difficult to convince most people that it was possible to help the area.

Once we developed these three components—grocery store, urban farm, and health education center—I needed to better understand them. I did an apprenticeship at the Center for Environmental Farming Systems in North Carolina, which helped me understand how to run an urban farm. Now I am operating a grocery store in the Woodridge neighborhood of Washington, DC, with Good Food Markets. Together, we’re learning what it takes to make a local grocery economically viable. One similarity between the Lower Ninth Ward and Woodridge is that both communities are spending about $16 million a year on groceries and related shopping, but somehow it is still difficult to sustain a small store. How can that be so? We’re working to learn why right now in DC.

In my head, though, I’m always working on HECK OF A Neighborhood Grocery. I realized that we might have been asking for too much money back in New Orleans, even with the costs of renovating a building. Now I’ve worked out how to start smaller, learn along the way, and build from there—and eventually, hopefully, foster all three elements of the approach. I see it as a “whole health” model—healthy planet, healthy communities, and healthy people—for an ecological, economical, and educational space where people can access food, and nurture those informal relationships and trades that hold a community together and enable it to thrive. 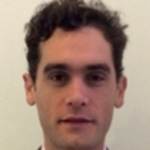 Philip Sambol was born in Chicago and has lived throughout the Western hemisphere. He currently resides in Washington, DC, where he is the vice president of operations for Good Food Markets, a mission-driven business committed to finding solutions to issues of food access and health disparities in underserved communities.