In this post, Annalisa Robles illustrates how policies can bias against rural communities and how the people of South Kern, CA, are organizing – often to achieve the basics

The second of two case studies that we’ll be hearing at the May symposium comes from South Kern, CA. While the first looks at the health challenges associated with living in the hyper-urbanized world of the Bronx, NY, the challenges are different – and no less daunting – for people in rural communities.

Pritpal S Tamber: Hi Annalisa. So, Kern County, part of the bread basket of America. It sounds wonderful, idyllic. Why have we recruited you to do a case study at our symposium?

Annalisa Robles: The irony here is though it’s part of the bread basket, food deserts persist compounded with a lack of basic infrastructure. For instance, the water supplies are contaminated with arsenic and other toxins forcing families that earn $14k a year to spend 10% of their income on bottled water. Exposure to pesticide drift and a concentration of hazardous waste facilities contribute to South Kern’s communities having the worst air quality in the country. It’s not surprising, then, that we see high rates of asthma and other respiratory diseases, as well as trauma and stress among youth.

Pritpal: Wow. That’s terrible. Ok, well, given such circumstances I imagine there are lots of initiatives to get on top of the issues, right?

Annalisa: Lots of initiatives, no. This is where the field of philanthropy and other well-intentioned entities are playing catch-up. There is a bit of a false narrative out there that rural communities such as South Kern have limited capacity to do change work so initiatives and investments are few or miss the mark in terms of dealing with the real problems of structural inequities. The challenges are compounded by policies that don’t prioritize people living in a rural community and their unique situations.

Pritpal: What do you mean?

Annalisa: For instance, when the Active Transportation Plan (ATP) made dollars available for infrastructure needs, it was written in a way to favor more urban populations; they’re more ‘shovel-ready’, as it were. When the county launched its process to update the Plan there was limited outreach to rural communities for authentic input. So, when the state passed a proposition to improve water quality and supply, while the intention was well-meaning, the way it was structured made it hard for some of the smaller local water districts to draw down those dollars as quickly as needed. The simple truth is smaller local water districts have varying levels of capacity among their board members to navigate cumbersome state processes.

Pritpal: So, there are opportunities but they’re structured in ways that make them hard to access. Asinine. How have the people of Kern County responded?

Annalisa: You have to realize that the communities of South Kern are poor, with a high concentration of Latino immigrants. A third are undocumented. All this translates to limited to no political power, and there has been little effort to close the gap between community and government. Despite all that, the communities are mobilizing and organizing to build their capacity and voice to be ‘at the table’, the tables where decisions are being made for them and not with them. They are using data to reframe the narrative of where health happens and developing strategic partnerships for greater impact. They are helping decision-makers and public entities to see the value of community voice and involvement.

Pritpal: Impressive. So, give me an example of how ‘community voice’ was responded to.

Annalisa: The list is long but staying with ATP, advocates with ‘Building Healthy Communities South Kern’ engaged in state level decision-making to ensure a percentage of funds were carved out for more rural, disadvantaged communities. This is the case study that they’ll be presenting at the May symposium. While advocates were working the state level, community residents were organizing, and building consensus so as to partner with the county’s public works department. Together, they submitted what turned out to be a very competitive proposal for basic infrastructure, including sidewalks, curbs and gutters…

Annalisa: It’s hard to imagine, I know, especially when you are only 15 miles from the county seat and 100 miles north of Los Angeles. But that’s the reality for these communities. In many ways, it mirrors the challenges that you see in low-income countries – unpaved roads, no sidewalks, prone to flooding, and contaminated water and air.

Pritpal: But this is not a low-income country. How did things get that bad?

Annalisa: The poor white people who came here to work the fields in the ’30s have been replaced by poor Latino immigrants and migrant workers. They’ve endured a hostile political environment, decades of systemic racism, oppression and inequities. But Kern was also the birthplace of the United Farmers Workers movement in early ’60’s. The ’70’s were a time of activism. But as those community leaders progressed and moved on they failed to create a pipeline of future leaders. So, there’s been a vacuum for nearly 25-30 years, which has ended up exacerbating the very inequalities and inequities they fought against.

Pritpal: Oh. Fascinating. So, how are you avoiding the same mistakes?

Annalisa: Our work is about power- and movement-building for policy and systems change. The California Endowment is supporting partners who are organizing and mobilizing for transformative change by speaking truth to power and challenging the status quo. They are doing it through collective action, partnerships and narrative change, institutionalizing new practices and protocols across decision-making entities. There is a long way to go but these vulnerable communities have found their voice and are using it. The new policies that are emanating from their involvement are grounded in equity that will, we believe, sustain the changes they are working towards.

Pritpal: I sense an untested theory in that so I hope you’re looking at whether it’s working. I’m honored that we’ll be hearing from some of the people involved in the work at the symposium.

Annalisa: Thank you for inviting South Kern to be a part of this wonderful symposium. We are living in tough times but as the symposium participants will soon find out, it’s people like the Kern folks who give us hope and inspiration to continue fighting for social and racial justice.

It amazes me that policies are being formulated without due appreciation of the different types of communities within a locality. It also amazes me that the great successes of activism in the ’60s and ’70s were not adequately sustained. We hope the experiences of the people of South Kern who are presenting at the symposium inspire similar communities to not only find their voice, but ensure their voices are set up to echo down generations. The work is clearly never done. 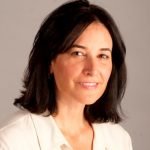 Annalisa Robles is Senior Program Manager for Building Healthy Communities. She provides direction to The Endowment’s South Kern Building Healthy Communities initiative. In her capacity she directs and manages collective impact strategies, communications, and evaluation for a broad-based collaborative advancing a health equity agenda in Kern County. Prior to her role with Building Healthy Communities, she assisted in the strategic development, implementation and management of statewide grant-making programs related to children’s health. Prior to joining The Endowment, Robles was a senior development officer for the ERAS Center, a non-profit working with youth with special needs. In addition, Robles helped start-up the Corporation for National Service, which administers the national AmeriCorps program in Washington DC as the National Development and Outreach Manager.