I’m on my way to watch Brighton vs Swansea with my mate, Paul, one of the kindest human beings I’ve ever met. I’m on the train (having almost missed it, but now it’s delayed on the platform, of course) trying to make sense of my slow-then-fast decision to off-set my carbon consumption. It’s costing me £50 a month, money that I don’t really have.

My mentor always tells me that human beings have passed the point at which their existence makes no sense. Our collective decisions continue to negatively impact the environment, such that its ability to sustain human life is diminishing. At the same time, we’ve invented artificial intelligence, which, once left to apply the logic we’ve infused it with, can only conclude that humans have to die to save the planet. Once that intelligence is coupled with arms, it’s over.

Yes, that’s pretty much the plot of the Terminator films but his view is it’s no longer fiction. It’s happening right now.

I described my decision to off-set as “slow-then-fast”. The slow bit was two-fold. First, what is my carbon consumption? My mentor helped with that because he knows some folks that take the environment seriously and have devised their own calculator that takes into account household energy use, food consumption, air travel, the lot. It took a while to get the calculator to work and then I dragged my feet to fill it in but I got there.

I searched online and found a service called carbonfootprint.com. They take your number and convert it into a monetary figure that you can donate to organisations that work in ways to replenish the world’s carbon. The figure varies per organisation because £1 in the U.K. doesn’t go as far as £1 in India, for example. So, you can see a list of organisations and the donation that makes sense depending on their work and costs.

Here are the choices they offered me for my 75.5 tonnes of guilt.

I decided to make my contribution £50 a month. I didn’t have time to check out the charities listed (and wasn’t sure if I could entirely trust the website) but luckily my mentor’s friends had suggested a charity in their email discussion: Tree Aid. Their view was that they not only plant trees but also enable people in the global south – mainly Africa – to establish their economic independence. That matters to me because I think aid is just another form of colonialism so (despite their name) I went with them.

All of that was the first part of the slow bit. The second part was actually committing to give the money away. £50 a month. A nice meal out (in London). Watching Aston Villa at Villa Park. A trip to see my parents. That’s what £50 could get me. Sod the environment. Me.

And there it is. The thought. The reason why we’re basically extinct. Dead species walking. The prioritising of the self over the collective.

I procrastinated for a few days, telling myself that I was busy with other stuff. But I wasn’t. The self was beating the collective. Even though the victory could only ever be short term. Killing the collective, kills the self.

The challenge, of course, is to reduce my consumption of carbon. While I dithered with setting up the monthly payment I booked four carbon-guzzling trips to the US. Becoming neutral is all well and good; becoming negative has to be the aim. One step at a time, I guess.

I said I was making sense of all this. I thought I’d feel good about it, that today I’d have a spring in my step. I don’t. Perhaps I’m just tired. Perhaps I’m just annoyed that my train just got cancelled. Somehow, doing right for the collective just doesn’t feel as good as I thought it would. 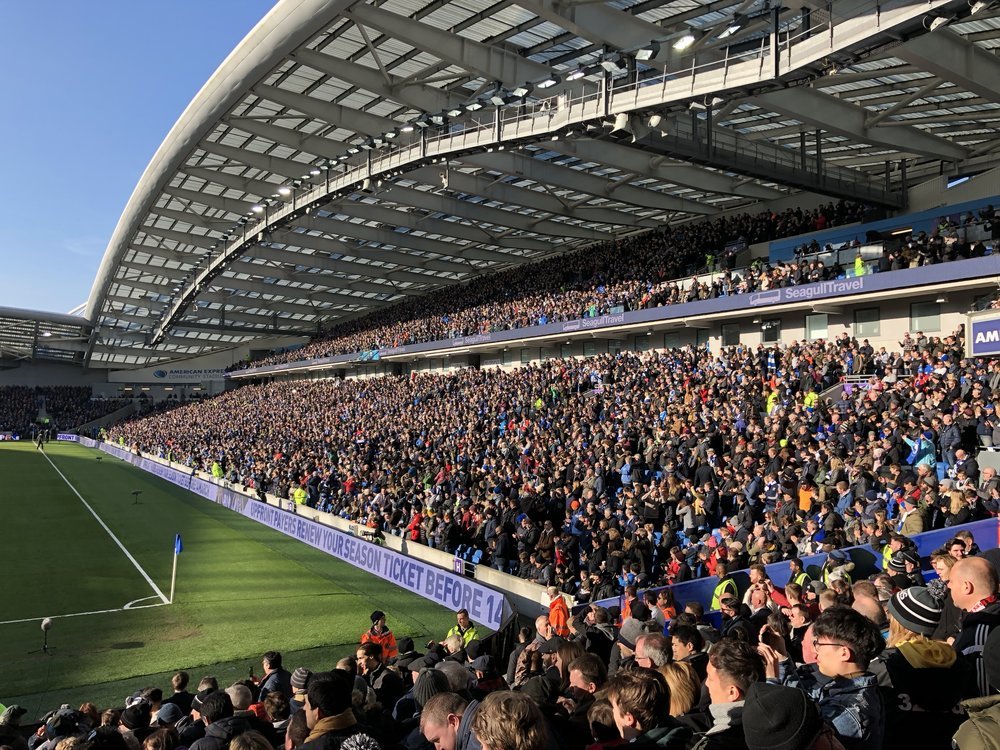 Brighton 4-1 Swansea: not a good day to be in the Swansea end…