Fostering Agency to Improve Health and Social Participation in Mexico

Catalina A. Denman, Elsa Cornejo and Rodrigo Cornejo describe how fostering agency has improved social participation and health, specifically in diabetes and through Wikipolítica

While some headlines paint Mexico as an emerging, middle-income country with sound government institutions, the real picture is more complex. During the last decade, Mexico has endured an armed conflict, considered to be among the most violent in the world, and a stubborn poverty rate of around 50% of the population – both of which make participation in common and public affairs very difficult or outright impossible.

Mexico’s struggles stem from a 70-year legacy of one-party rule, a complex relationship with the United States (i.e. trade dependency combined with the drug war), general distrust of all institutions, and a populace understandably disappointed by poor public services, national politics, and common affairs in general. The challenge, as in many Latin American and middle-income countries, is to spur citizen participation – to purposefully work to define and build equity and justice for all social sectors in all development areas.

At the Community Agency and Health symposium we were encouraged by examples from projects in South Kern, in California, and the Northwest Bronx, in New York, describing the collective efforts of communities to improve health. This article draws on two examples of how we have also used the 12 principles for fostering agency – as described by Bridging Health & Community – to improve health and social participation in Mexico.

The first example is Meta Salud Diabetes (MSD), a community-based educational program for people with diabetes that provides basic information on how to manage their condition and encourage them to leverage personal and community resources. It was developed as part of a community-based participatory research project that brought together academia, communities and government institutions – a significant achievement considering that health research, community mobilization and government programs in Mexico rarely intersect. The researchers started from previous evidence-based programs, consulted with local communities of practice, and ensured the program met with government guidelines. It was then implemented by the health system’s existing chronic disease self-help groups.

MSD operates on several socioecological levels. At the individual level, the program teaches skills necessary for adopting and maintaining healthy habits, and addresses the way in which context – including the availability of healthy foods and the ability to engage successfully with the health system – affects an individual’s ability to make healthy choices. 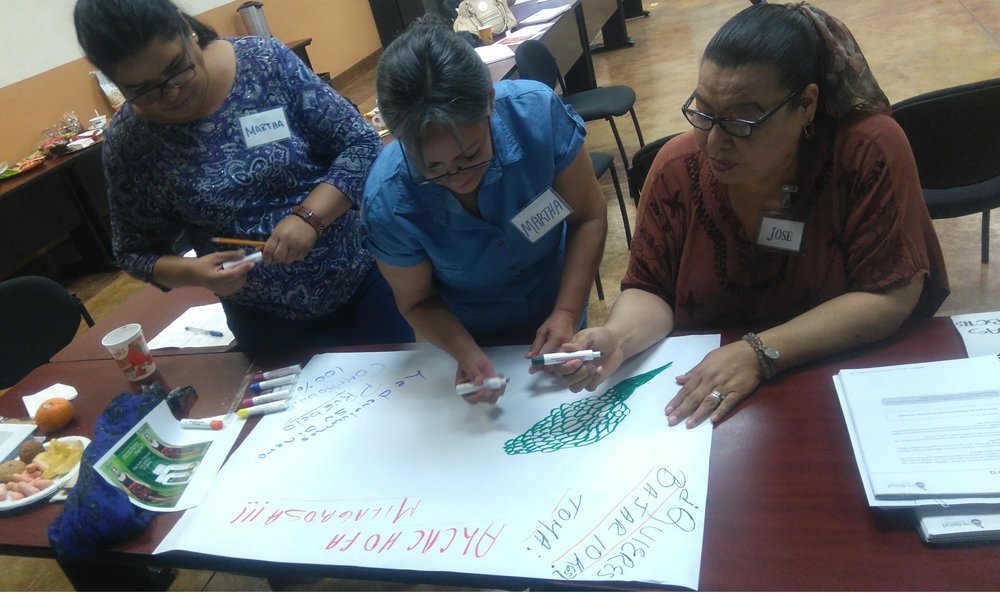 At the community level, the program includes mapping neighborhood resources, including identifying members of the community as a resource. In neighborhoods where residents do not live close to their extended families – their traditional source of support – this work helps to create a sense of community and encourage participants to organize collectively. It also encourages them to interact with health workers beyond the consulting room.

At the institutional level, MSD was designed to enable community health workers and other front-line health personnel to move beyond individual, disease-based health education to a more holistic focus on community health promotion. This includes the facilitators within the chronic disease self-help groups who, traditionally, do not receive training. In addition to training, the facilitators receive a Handbook (and the participants, a Workbook) that not only includes information on self-care but also promotes patient participation and encourages the community to organize.

Our experience in implementing MSD in the state of Sonora has taught us that it is very difficult to make individual changes in the face of vast power imbalances – specifically the influence of the food industry, the unwieldy bureaucracy of the health system, and the inequality and lack of access to resources that is inherent to poverty.

Another challenge is engaging people with diabetes in a discussion on how health is a human right and that they should demand quality health care services and systemic change. This was what the population affected by HIV did in the 1980s; they recognized that eradicating HIV required community organization, not only to guarantee access to free prevention and treatment services, but also to reduce stigma and homophobia. For the population affected by, or at risk of, diabetes in Mexico, this sense of urgency and organization for systemic change is yet to emerge.

The second example is Wikipolítica from the state of Jalisco. In 2015, a group of about 12 young adults, mainly college students, decided to organize an all-volunteer grassroots campaign to run for the State congress. They championed basic principles meant to restore trust in politics as a tool, such as respect for human rights, radical horizontal democracy (see PDF), gender equality and, perhaps most importantly, localism – the belief that the local population has a share and say in solutions for its community. 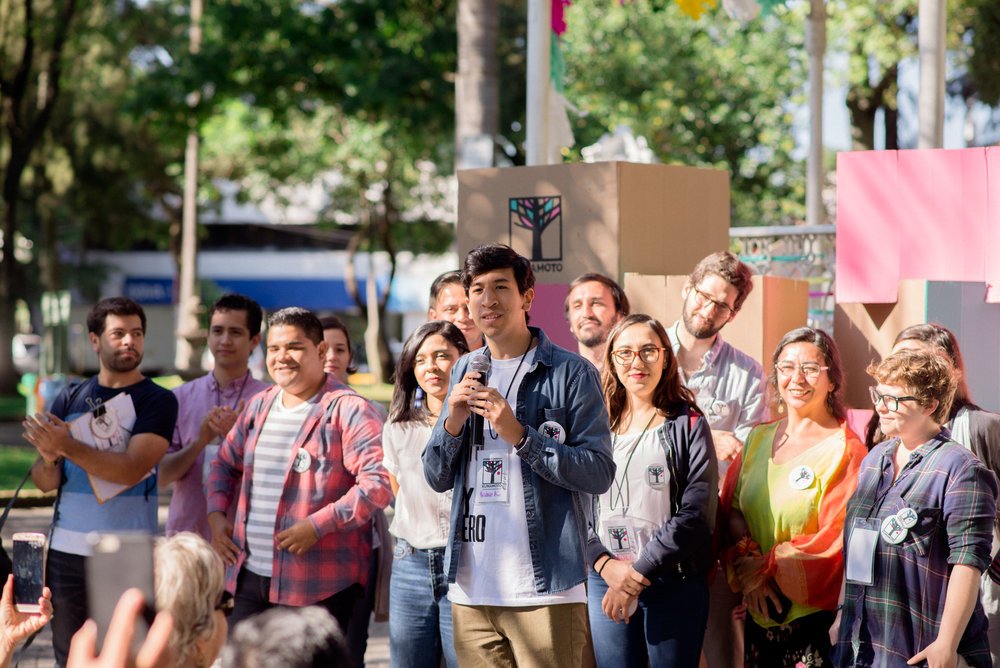 As part of Wikipolítica, Pedro Kumamoto (center) announces his intention to begin a grassroots campaign to run for the Senate and Chamber of Deputies

Coached by several prominent academics who broke a taboo in academia by getting into politics, Wikipolítica went from being a group of young adults with little political experience to a group of devoted volunteers who taught other groups how to politically impact their surroundings. A victory over old political parties, using a few thousand dollars from clearly identified donors, was a victory for transparency and radical grassroots democracy.

Pedro Kumamoto, the Wikipolítica candidate, is now a national example of how people want their politicians to be. Some clear examples of his impact in public health include successfully rallying people to vote in a referendum on whether a bike lane should be removed from the city and sponsoring a bill to foster transparency , quality assurance and the use non-polluting buses in the city’s public transport system (traffic-related pollution significantly impacts the health of millions of people in Jalisco).

Based on these, and similar experiences, our attitude is one of guarded optimism. On the one hand, the political history of Mexico, and the institutions it led to, have not been conducive to fostering agency among individuals and communities. On the other hand, MSD and Wikipolítica provide examples of how the landscape is beginning to change.

Last year, when a 7.1 earthquake shook central Mexico killing hundreds of people the citizenry organized within hours of the quake, quickly overtaking the official response. On reflection, we see it as a nod to BH&C’s third and fourth principles – ‘appreciate the arc of local history’ and ‘elicit, value and respond to what matters to community residents’.

The earthquake struck on the exact same day as a destructive 8.1 earthquake 32 years earlier. The government’s response was inept, contributing to the deaths of 20,000 people. Aware of their history, the residents rose to the challenge, not only by helping one another but also by showing the government that they would not stand for the kind of failings their communities had endured in the past – a glimmer of hope made possible by increased agency. 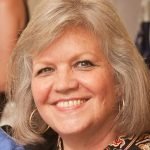 Catalina A. Denman is a professor-researcher at the Center for Health and Society Studies at El Colegio de Sonora, in Hermosillo, Sonora, Mexico. She is currently the Co-Principal Investigator on the NIH-funded project, ‘Tools and practices to reduce cardiovascular disease and complications in the diabetic population of Mexico’, and has written articles, chapters and books on health issues including non-communicable disease prevention and health promotion, gender, reproductive health and working women, border health collaboration, primary care, self-care practices and qualitative research methodology. 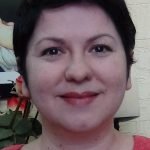 Elsa Cornejo is a Research Associate at the Center for Health and Society Studies at El Colegio de Sonora, where she has collaborated on research-action projects on issues such as chronic disease prevention, community health promotion, sexual and reproductive health, and gender and health. She currently coordinates field activities for the Center for Health Promotion in Northern Mexico, a collaborative project between El Colegio de Sonora and the University of Arizona’s Zuckerman College of Public Health. In addition to her research, she is an activist and community promoter on health and human rights issues. 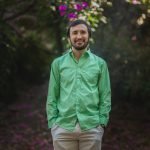 Rodrigo Cornejo has a degree in International Business from the Universidad de Guadalajara. He is a member of Wikipolítica Jalisco, an all-volunteer organization that fosters participation in political affairs. He has championed transparency and the fight against corruption in Mexico for over 5 years. He’s currently running for office as an independent to win a seat in the federal Chamber of Deputies in the upcoming general election.