In this post, I am reproducing a chapter from The Alpine Review by Charles Leadbeater. He argues that creating the health systems of tomorrow will mean learning from the developing world, so-called reverse-innovation. He also argues that we need to see health in a completely different way – as something we create and manage in relationships, communities and networks. 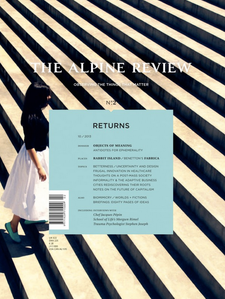 How do you take England’s £120bn healthcare system that was designed for one set of challenges: infectious diseases, their diagnosis, treatment and orderly cure–and redesign it for an era in which you face, not only huge fiscal challenges, but more importantly, a change in the kind of health problems you face?

Indeed, the biggest challenges now are no longer about infectious diseases but rather ageing, long-term conditions and lifestyle. This means that having highly capital-intensive, large institutions in fixed places with very expensive doctors pushing more and more technology at people is probably just going to drive up costs rather than create better solutions at lower cost. If that isn’t the solution to this new set of problems, what is? And where do we find it?

Well, there’s probably a regular shuttle to Kaiser Permanente, or you could visit the Mayo Health Clinic, or check out the Cleveland Clinic, or even look to Sweden. My answer is that the most important and interesting places to look will be places in the developing world. The most radical models of healthcare will come from extreme places, where people face huge needs and have very few resources. If we want to see what the models of the future might look like, you might go to places that imagine health in a completely different way, as something that happens in families and communities and is produced by people rather than delivered to them. The whole language of ‘delivery’ creates the impression that health is like a pizza that you could have delivered. Actually, health is something we create and manage, and that’s done mainly in relationships, communities and networks.

First we could look at ‘Mentor Mothers’ in a program called Mothers2Mothers: a network of HIV-positive mothers who support other mothers so that they can navigate their way through a health system in Kenya and the rest of Southern Africa, which is pretty difficult. Their work is like an added piece of spice; bringing to life an otherwise inert health system and making it much more productive. Their social knowledge is the vital ingredient which activates the professional knowledge; they help it stick to the patient.

The second example is The Neighbourhood Network for Palliative Care (NNPC) in Kerala, the most impressive palliative care institution in the world. No one in Kerala dies alone. There is only a handful of doctors and no institutionalized care process. Dr Suresh Kumar, the founder of this movement, realized that what he had to do was create a volunteer movement that would help people at the end of their life. It is very simple: anyone who’s bedridden and old becomes a potential client in the movement. When I asked how he got people involved he said:

In that throwaway remark is a very important truth, which is that the future of healthcare will depend on motivation. If you cannot motivate people to look after their health better and to care for one another, then you’ve got an inefficient service. If everything depends on delivery, it won’t work.

If you look at these models and others including what BRAC is doing in Bangladesh with maternal health, what Jacaranda Health is doing in communities in Kenya, or Medicall Home in Mexico or the Family Health Programme in Brazil, they all have similar elements, including:

They change the place where health takes place. — Health does not take place primarily in hospitals, doctors clinics, GP surgeries, medical centres, but in homes, communities and workplaces.

They change the kind of technologies that are used. — There is an entirely new wave of frugal, low-cost, simple, robust, portable and possibly reusable technologies which are being developed often in collaboration between the developed and developing worlds to help people on location treat conditions or symptoms. A very simple one, Monash University in Australia is developing a nasal inhaler for oxytocin, which is crucial for mothers who are bleeding just after giving birth. Traditionally it’s an injection, but for that you need a needle, a syringe and you need a fridge, none of which a mother will have in rural Kenya. But an inhaler would work.

They change who does the work. — They’re doing as little with high-cost doctors as they can and doing as much as possible with peers, nurses, community nurses and through self-help.

They change the nature of health. — What they’re doing in these types of schemes is creating health together, not delivering it. They’re enabling people to create it and make it, rather than thinking that it’s something that comes from professionals.

Finally, they change how health is paid for. — Financial innovation is a crucial part of it. Either through cooperative models or through vouchers or through per capita spending, these innovators are changing how and by who health is paid for. They’re delivering help to the home, through those in the home. They are creating the best mix of truly modern systems, which are networked and distributed, and very old systems, which focus on families.

Motivation and mutual support are the most powerful kinds of medicine. That is the DNA of these schemes. If we want to meet the challenges we face we will need to import these models. In Britain we have long been used to exporting ideas and culture. That is why we have the British Council and the BBC World Service. But one thing I would love to be able to do would be to create a centre of reverse-innovation to bring to the developed world more ideas from the developing world. We will need a new wave of frugal innovation and the best source of these ideas will be the developing world.

Charles Leadbeater is a leading authority on innovation and creativity. He has advised corporations, governments and cities around the world and is the author of several books including We-Think: The Power of Mass Creativity. This chapter was reproduced with his permission, as well as the permission of The Alpine Review.

Wellthcare is being fuelled by Guy’s and St Thomas’ Charity, a catalyst for innovation in health. To learn more about the relationship between Wellthcare and the Charity see the announcement. This post was first published on Wellthcare.