Giving Communities a Role to Play in Health

When people have a real voice in the decisions affecting their lives and health, they thrive in ways beyond measure

Our neighborhood, at its height, was 10 percent of the city’s population. As economic opportunities disappeared and crime began to rise, people started to leave. Amenities soon followed, including our grocery stores. The Northside community of Spartanburg, South Carolina, was designated a food desert by US federal standards, due to the fact that there wasn’t a grocer within a two-mile radius of its location. We had ice cream trucks canvassing the community all day long, but no healthy food choices.

Around this time, I came together with volunteers and community activists through Partners for Active Living, an organization that launched in 1996 after a study showed that cardiovascular disease and obesity were the greatest risks to our local community. One activist suggested that we create a “mobile market”—a truck that would drive through the area offering locally grown fruits and vegetables. It was a success, but we needed to do more.

Soon after, Former Mayor William Barnet embarked on a redevelopment plan for the area and fortunately determined that it would work best if the project happened with the community, not to them. To this end, he formed the Northside Development Group (NDG), a 501(c)3 nonprofit corporation whose role was to not only manage the process but encourage it, in part by ensuring that community leaders got involved. I was one of eight of these leaders.

To help us effectively participate in the redevelopment process, NDG sent the eight of us through a leadership course that spanned eight months. We met twice a month for three hours, with the aim of better understanding leadership principles and how we might use them in our work. When we finished, the course leader suggested that we formalize by giving ourselves a name. We decided on “Voyagers”; we knew that the journey ahead would last 10-15 years—a real voyage.

NDG presented a number of options for development during a three-day “charrette” (a fancy term for a public workshop) in a local Baptist church. The workshop included a number of seminars, and involved the project’s developer and architect. But we also wanted to ensure that community members participated. The Voyagers were instrumental in making this happen. We went door to door, distributed flyers, arranged a small write-up in the local paper, and used Facebook to get the word out. We also reached out to Wofford College, the well-respected local liberal arts college, and encouraged students to help document the vast amount of information that emerged from the seminars. Despite the fact that over the years they’d been told to avoid our area for safety reasons, they came.

During the workshop, NDG set up images of each proposed development, gave each community member two green and two red stickers, and asked them to place the green stickers on what they wanted and the red on what they did not want. This feedback, and the feedback we gathered during the seminars and regular meetings, informed a master plan that the architect then drafted. It’s important to note that this was not just about development; the participants also desired education, jobs, and safer streets, all while preserving the history of the community.

The redevelopment included demolishing a hotel that local residents abhorred for its tolerance of prostitution and drug activity. After its demolition, the community was even more optimistic that we were headed in the right direction. This gave the effort momentum, and served to build more trust between residents, the developers, and the Mayor’s Office.

As part of the redevelopment, we’ve now managed to set up a local farmers’ market with a cafe and fresh food store, providing both access to better food and jobs for local residents.

We also have plans for a new community center, where we’ll build a database of local skills and talents to better understand what educational opportunities people are looking for and/or need. Although people wanted jobs, they also wanted to gain skills that will allow them to be more self-reliant. To meet this need, the community established the PowerHouse—a newly designated computer/Wi-Fi facility to assist children and adults with computer literacy, even if using a computer is not a part of what they currently do for a living. Having these broader skills is important to both how the community’s perceives itself and how others perceive them. Yet another resource we are creating is a planned early childhood development center, which will further assist our children with cradle-to-college educational opportunities. This will be very important to continuing the success of the local charter (elementary) school, which faces serious challenges but is now achieving like never before.

Along the way, a few things have surprised me. I was surprised that so many community members came out for the workshop. I’ve heard people talk about community apathy, but we’ve found that residents will come if you ask them and if you’re sincere about listening to them. I was surprised to see so much student participation, despite the scare stories they’d heard over the years. The relationship between residents and law enforcement has greatly improved. We now have regular foot patrols, and our crime rate is currently the lowest in the city for the last three months. The police say to me, “We don’t know what you all are doing but keep doing it.”

But perhaps what surprised me most was hearing the elders in the community say they just wanted to go to bingo. Given all the issues we have in our area, it was such a simple request. They just wanted to go out and be with their friends without the threat of gun violence. I thought to myself, “We should be able to do that.” And now we have.

From the beginning I knew that for this effort to succeed, we would need to see that the voice of our community was being heard at each level of implementation. We were certain—and remain certain—that we all will make mistakes, but we will find the solutions together.

We’re taking a different approach to overcoming blight; it’s development on a humanitarian level, working with members of the community to understand their desires. We hope that other neighborhoods across the country will take a similar approach and, together, we’ll become a network of communities learning from each other. What we, as Voyagers, have found most compelling is that when people have a role to play in change—a real voice in the decisions affecting their lives—they thrive in ways beyond measure. That’s creating health! 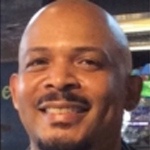 Tony Thomas is a barber and cosmetologist with a passion and desire to bring his community to its greatest potential through a shared vision with other community leaders and supporters.