How the Democracy Collaborative is denting the universe, proving themselves to be way more important than most other think tanks

This week I saw the fruit of some serious entrepreneurship. I was at the Democracy Collaborative’s Healthcare Anchor Network (HAN) meeting and was blown away by what its creator has achieved – all from a think tank report.

Let’s be clear, I generally dislike think tanks. To my mind, they’re full of people busy ‘knowing’, almost always without much lived experience. I’m honestly sick to the back teeth of reports from think tanks in health that have no understanding of communities in difficult social circumstances. What they understand about social context you can write on the back of a postage stamp. And the value of their work is, to my mind, superseded by said postage stamp.

With that said, the Democracy Collaborative has proven itself different. HAN stemmed from a report called Hospitals Building Healthier Communities: Embracing the Anchor Mission. An ‘anchor’ is an entity that has a significant impact on a local economy, and the report illustrated – through real cases – how the economic activity of a hospital can positively impact the local economy and hence its people (economic security, let’s remember, is one of the more significant ‘social determinants’). The report was turned into three implementation tools on workforce, purchasing and investment, and the whole endeavour has become a membership network of some 35 or so health care systems trying to work out how to apply the ideas into practice.

All of that is great but it’s not what impresses me.

What impresses me is the entrepreneurialism it has taken to build a real-world, practical network from a report. How many people can actually pull that off?

But David Zuckerman has.

You have to fight. You have to package your idea into something people can get behind. And you have to find resources to build assets that pave the road ahead. I am sure that every single step of the way has been under-resourced. But that’s what you have to deal with when you’re building something new. It’s always hard.

Along the way, people try to tell you what you’re building. They’re almost always wrong, and if they’re from a foundation they’re always wrong. And yet when it comes to foundations, you have to take the money they offer and try to meet their demands, while actually staying true to what the thing really is.

It’s clear that HAN is trying to not only support its members but also push them. It’s the tension in being the organiser while being the critic. You have to bring people to the table, and then cajole them to go further than they’re initially prepared to. It’s an extraordinarily difficult balance to get right (I know because it’s what I do for the Creating Health Collaborative), and I sense that HAN is making a fair stab at it.

Of course, David is not alone in the work. He has a team. But he built the team. He trained the team. He motivated the team. And the team delivered. I’m sure, like all courageous innovators, there are numerous ways in which he’s insufferable to work with, but my view is that – within reason – that’s stuff you just have to suck up. David is building something to positively impact the future of health in the USA. Give him space.

Not for the original report. Not for the tools. Not even for the network.

Give him respect for dusting himself off repeatedly these past few years to start to create the one thing the rest of us can only dream of.

A dent in the universe.

But one good meeting isn’t change. There’s way more work to do. The people in the network have to take the ideas in the report, in the tools, and in the rooms (of the meeting) and apply them into practice. They’ll face obstacles every step of the way. And I have no doubt that they’ll not only feel defeated at times but also be defeated at times. That, alas, is par for the course. But it’s now their job to fight.

Such is life, many will fail. But it’s not the succeeding or failing that matters; it’s the dusting yourself off and trying again.

His dent leads to other dents.

And so, change begins. 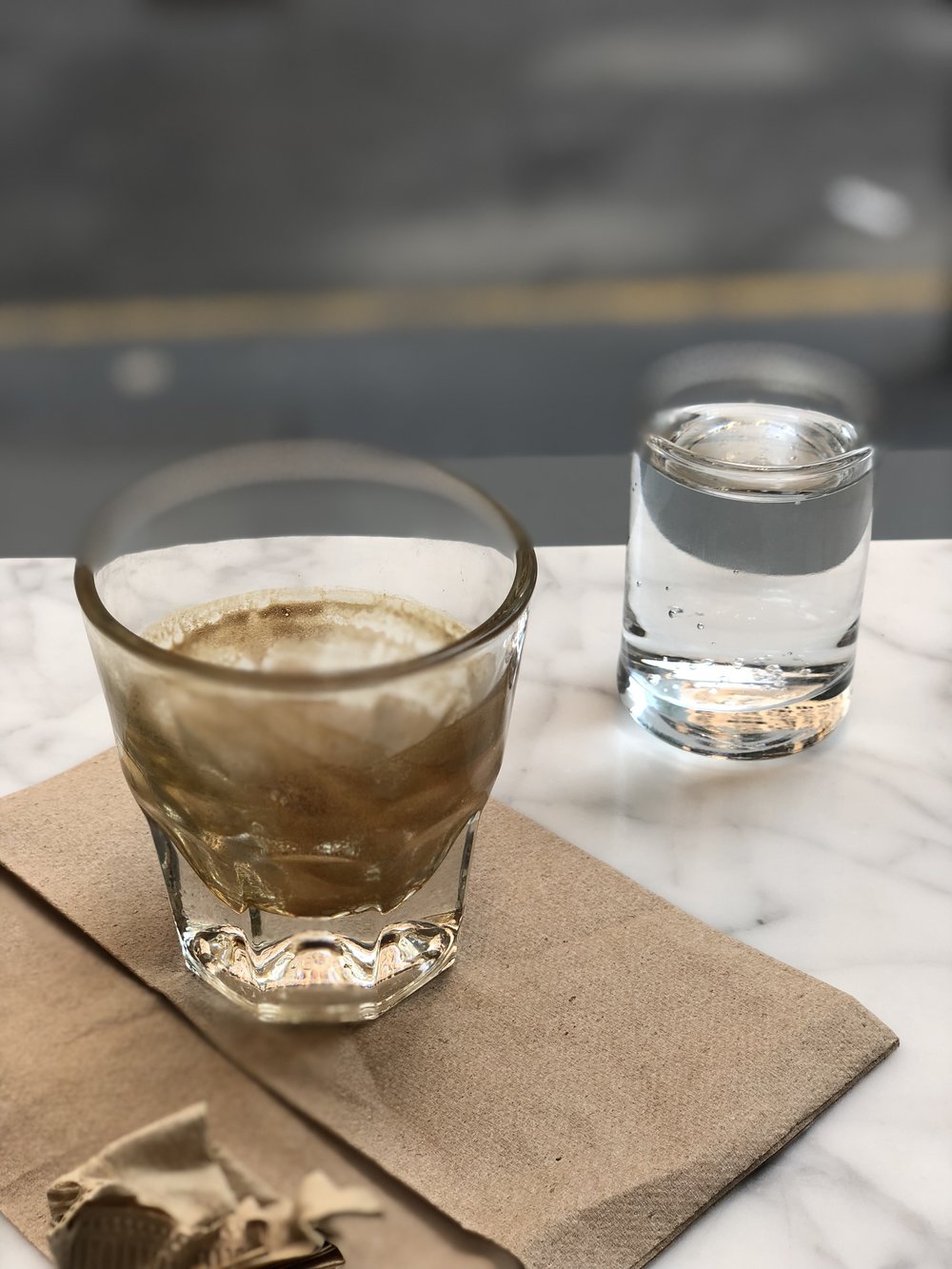 A single origin espresso and delicious oat cake (well, that’s what they were)