Listening As A Radically Obvious Act

I’m reflecting on the ‘Community Agency and Health’ symposium having just completed a training course in non-violent communication, a technique developed by psychologist Marshall Rosenberg in the 1960s that enables people to connect more meaningfully by listening compassionately to each other’s feelings and the underlying needs that they are expressing.

This power of listening was a striking theme for me during the symposium.

Travelling to the meeting, I read Carl Baty’s foreword to Bridging Health & Community’s 2017 report, Fostering Agency to Improve Health. Baty talks about his experience of being an addict for 47 years, of being ‘sent home to die’ from hospital after being attacked, and of being listened to for the first time. His expression that “healing is about being able to express yourself, about people listening to you” rang true with a sort of radical obviousness. And it made me consider how rare this listening is within the care provided by much of our health systems. Just as in our culture more broadly, health care often focuses on the latest, shiniest technology, and doesn’t leave much space for the basic human needs of being listened to, of our stories being acknowledged and accepted.

The importance of listening was placed very firmly at the heart of the symposium. The whole of the first morning’s programme was focused on helping participants be aware of how they take part in the meeting. The facilitators from MIT CoLab set the scene by sharing ideas from Theory U about the different types of listening that we might use during the symposium, differentiating between simple downloading that reconfirms existing opinions and judgements, through factual listening, empathic listening, and generative listening that enables a shift in identity and self, and allows new things to emerge. It struck me that in the 15 years I’ve been going to health conferences, this was the first time I had seen any exploration of how we might show up and engage with each other.

Again, it seems radically obvious. Conferences, the rare occasions when people get to spend time with colleagues from other institutions, cities and countries, are often quite inhuman. And for conferences about health in particular, that doesn’t seem to make any sense. If our work in health is to help humans live better, why, when we have invested time, money and jet fuel to be with each other, would we use that time just to broadcast at each other, or sit sleepily in darkened auditorium rows, checking Twitter? It somehow seems easier to invest time and money than the more abundant resource of our attention.

A Deeper Level of Understanding

It’s often said that the best conversations at conferences happen in the corridors and coffee breaks because that’s where the real human interactions occur. In leading the team of volunteers who helped keep the symposium running smoothly, I noticed that there was very little ushering needed after the coffee breaks. Participants wanted to get back in to the hall to where the juicy conversations were happening. The structure of the symposium enabled this conscious engagement with fellow participants to continue over the two days. Instead of being sat in anonymous rows, we were placed in groups, just like the seating plan at a wedding, and remained with the same group of carefully mixed backgrounds throughout. We genuinely got to know and learn from each other. 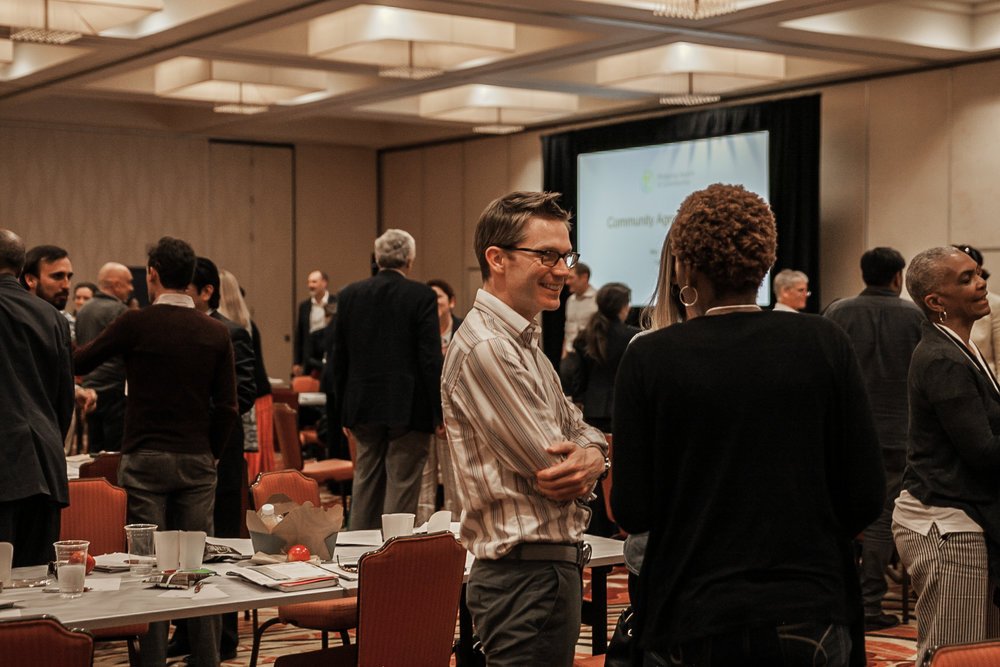 After each speaker from the stage, table facilitators helped each group explore what we had heard, and enabled us to learn from each other’s perspectives, creating a much deeper level of understanding and insight than we would have got had we been sat in rows just receiving a broadcast from the stage. My table had a mixture of people from various roles and levels of seniority in healthcare, community organising, and political science. And the framing around how to listen seemed to pay off. The conversation around the table was collaborative, we found our way through areas of discomfort, and there was mercifully little of the adversarial intellectual one-upmanship that can so easily come out when there are a bunch of experts around a table.

After spending my weekend learning non-violent communication, I reflected on how strange it was in these hi-tech times that these fundamental human skills of listening and empathy can seem a rare commodity. And after the symposium I was reminded how rare the structures are in professional settings that enable meaningful connection between colleagues.

I also see listening as being a vital part of engaging with the symposium’s central concept of agency. By understanding each other human to human, artificial power imbalances can start to be dissolved. We become people, not just representatives of whatever professional, social, or ethnic group we might be identified as, and can begin to work together in much more meaningful ways. 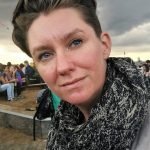 Elizabeth Slade is an independent consultant exploring how our culture and society can enable more of us to live happy, healthy, fulfilling lives. She is particularly interested in how the technologies developed in religious contexts (from communities of purpose to pilgrimage) can be implemented in a secular way. She was COO of Sunday Assembly (a global network of secular congregations), has collaborated with Bridging Health & Community to explore the role of agency in health, and has a background in health care information and improvement.

1 thought on “Listening As A Radically Obvious Act”

See other articles in this/these project(s): Reflecting on the Symposium
Scroll to Top