Look Back When Reaching Forward

Geoffrey W. Wilkinson reminds us that much of it has been said – and done – before; just because the goals are yet to be won does not mean we can ignore the lessons of the past or get away with being less brave and less inclusive than others have been

In reading Eleven Principles for Creating Health, one is reminded of the immortal line from Ecclesiastes (1:9): “There is nothing new under the sun.”  Core concepts underlying the principles — and many of the report’s associated strategies — are enshrined in a rich body of literature and practice. They rest on the insights and struggles of both the late 19th century settlement house movement and the early 20th century US labor movement. They have informed well over half a century of community organizing to address issues now referred to as the social determinants of health. They are explicitly defined in international frameworks of the World Health Organization, including the Ottawa Charter (1986) and the Marmot Principles (2008). Martin Luther King, Jr. was one of their most eloquent proponents, and for over two decades, they have fueled collaborations involving public and private sector partners, to the point that even the Federal Reserve Bank now promotes ventures envisioned in the report.

Given the eminent roster of executive and contributing members of the Collaborative, it seems unlikely the report’s claim of operating without a road map and engaging in a “new way of thinking” is meant literally. Perhaps it would be more useful to invoke the metaphor of exploration, rather than entrepreneurial invention. From this vantage, the Collaborative is embarking on a noble adventure over well-worn territory in pursuit of goals that have yet to be won.

What is most striking about the principles is what they don’t include. I once heard the late, great historian, Howard Zinn raked over the coals for failing to discuss class struggle in a lecture about Marx. He acknowledged the omission with good humor. One assumes members of the Collaborative see the following two truths as self-evident, but they merit explicit discussion in any list of principles for creating health.

First, creating health requires social justice. As the Collaborative notes, health is political and inextricably entwined with economic organization of society. We must not only create and sustain projects that promote community health, which seems to be the focus of the 2016 report, we must also challenge the organization of power in communities and society. Is it too much to expect health providers and payers to invest in community organizing that changes policy, reallocates resources, and challenges the status quo? The report suggests the Collaborative’s members discussed this paradox without resolution. Hopefully, the answer lies in part in the examples of numerous health systems that are investing and innovating in this direction, and in the potential to develop measures by which community members can hold institutions accountable for advancing primary prevention and social transformation.

Second, we must change the framework in health policy discussions from “health in all policies,” to “equity in all policies”, an approach proposed by Dr. Mary T. Bassett, the health commissioner of New York City. Unless and until we deal with racism at the heart of structured inequality that underlies the “American health care paradox”, we cannot achieve the vaunted Triple Aim of health care reform or, as the Collaborative puts it, “create health” at the population level. The 2016 report side steps the issue of health equity in general, and racial and ethnic health disparities in particular. It is a glaring omission.

The report advocates an inclusive definition of community, but it does not reflect understanding of the social work literature on how community is defined. Collaborative members rightly emphasize the responsibilities of people who work in and provide services to communities in which they do not live.  Missing, however, is reference to communities of identity that transcend place but which figure so critically in the organization of health disparities in society at large. “Place matters,” but so do race and other identity-based systems of oppression.

The report’s emphasis on community engagement and empowerment is welcome and well-founded in theory and practice. Language in the report, however, suggests the Collaborative has yet to incorporate these principles into its own work. Defining health is certainly a subjective matter, but repeated references to how people “feel” about their health in the context of measureable, persistent, and ultimately violent injustice begs the question of how closely connected the Collaborative is to the community it supports. Similarly, the proposal to “let” the community define what matters is not the language of empowerment. It is the language of the powerful. Frederick Douglass said, “Power concedes nothing without a demand.” The question for those in elite positions — this commentator included — is not what to “let” community members do, but how to facilitate and support community empowerment.

The report asks “key questions” including how to address “locally specific crises, such as violence and poverty, without being distracted by longer range aims.” This turns the matter of creating health on its head. Violence and poverty are societal crises that find local expression. What longer range aims are more important than addressing these and other underlying causes that undermine health, broadly defined?

Finally, the report asserts that little is known about sharing power. Nothing could be further from the truth.  There is no doubt about the challenges of supporting grassroots community members to participate powerfully as board members of community-based organization managed by more powerful colleagues. Labor unions, community organizing groups, churches, and other organizations, however, provide ample models for power sharing. More to the point, we must examine the history of how powerful institutions and actors protect themselves against progress toward social justice through strategies ranging from neglect to assassination, from union busting to mass incarceration.

The Collaborative has embarked on a vitally important mission, and its report reflects social values of the highest order. In its search for new ground, it will be well served by direct engagement of community members, active exploration of its historical foundations, and courage to confront the logical implications of its members’ insights. 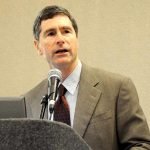 Geoffrey W. Wilkinson, MSW, is a Clinical Associate Professor at Boston University School of Social Work, where he teaches community organizing and human services management. He also leads the Learning Community on Community Health of the BU Center for Innovation in Social Work and Health.  Wilkinson served as director of policy and planning for the Massachusetts Department of Public Health, executive director of two statewide organizations working for health and social justice, and as a community organizer in Boston public housing.