My Community Tells It Straight

It took about thirty seconds of being in my former community to re-learn why health systems fail to have much influence on them.

My cousin asked what I do. I explained about Bridging Health & Community, saying that we looked at why health systems failed to connect with low-income communities. He just shrugged and said it’s because no one cares what they have to say.

That’s it. Done. Nothing more to look at. No one in the community, he intimated, has much time for what people in the health system have to say about their health and how to protect it. Simple.

I realise that’s a simplification. It’s not true to say that no one cares. But I suspect it’s pretty accurate to say that very few can care in light of all of the other things they have to care about.

The paradox in all this, though, surfaced when my uncle came round and told us about his heart attack. He shared about how he’s been weak ever since and how that’s made him slow down and ultimately retire. In relaying his story, though, he talked about how the heart attack led to him having “black blood” in his system, and how that’d changed his skin tone; he’d lost the vibrant pink that characterised his energetic face over the years.

Medical stuff, like the “black blood”, is the stuff of stories, of personal narratives; It’s part of people’s identities or ways to explain their circumstances. It’s interwoven into culture, intimately, both personal and collective. And so, while “no one cares” what people in the health system have to say, medicine is integral to people’s identities.

This paradox fascinates me. How is it that people and communities see medical matters as integral to their lives and yet have little time for the systems we’ve created around medical science?

Or, looking at it the other way, how is it that we’ve created systems around medical science that are divorced from the medical aspects of people’s identities, cultures, and lives?

It feels to me the answer is something along the lines of ‘enlightenment too far’. Clearly, the age of reason is a good thing, especially how it has disconnected us from the hocus pocus parts of religion and the tyranny of state. But reason alone is an insensitive instrument with which to understand people. Hocus pocus and tyranny, although abhorrent to a reasonable person, are normal parts of life. Looking at life without appreciating them – or, at worst, disdaining and dismissing them – means to not see life at all.

And that, ultimately, means not seeing people and communities.

Is that really enlightened? 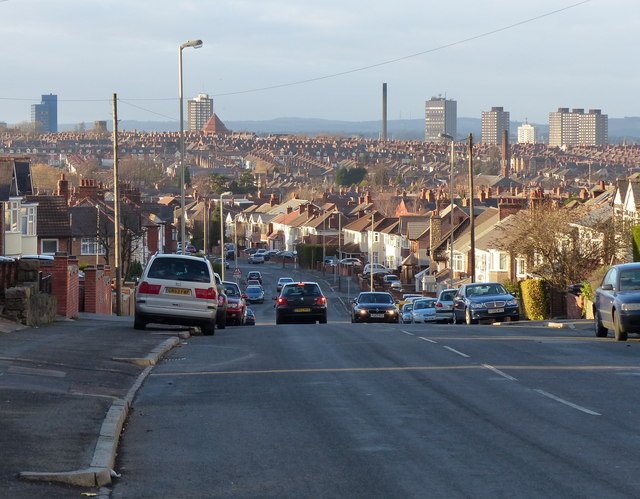 A view across my home city, Leicester, looking west along Evington Lane from Horston Hill, close to my family home (image and info taken from here).