Polarised Debates Stop Me Getting Involved

When I look at who’s voicing the same concerns as I would, I find myself stopping

There’s a frenzy out there about Jeremy Hunt, the UK’s Secretary of State for Health, introducing secondary legislation to enable ‘accountable care organisations’ across the country. Although I’d like to join the chorus of voices criticising his move, I find it hard to join ‘that’ gang.

Yeah, I know, that’s a little opaque. Let me explain.

In the UK – and especially on Twitter – there is a constant narrative to defend the National Health Service (NHS) from the Tories (the right of centre Conservative Party). The narrative is very much NHS vs Tories, as though they’re diametrically opposed in every way. When the Tories say anything the response is first and foremost to find the angle that might endanger the NHS and then attack back.

I have two basic – but fundamental – issues with this. The first is that I think we do need to spend more time examining what’s not working in the NHS and start doing things about it. Simply defending it at all costs assumes that all is well, which is patently not true. The second is that setting oneself up to attack the Tories in whatever they say about the NHS is, to my mind, more about disliking right of centre politics than believing in the NHS, per se. 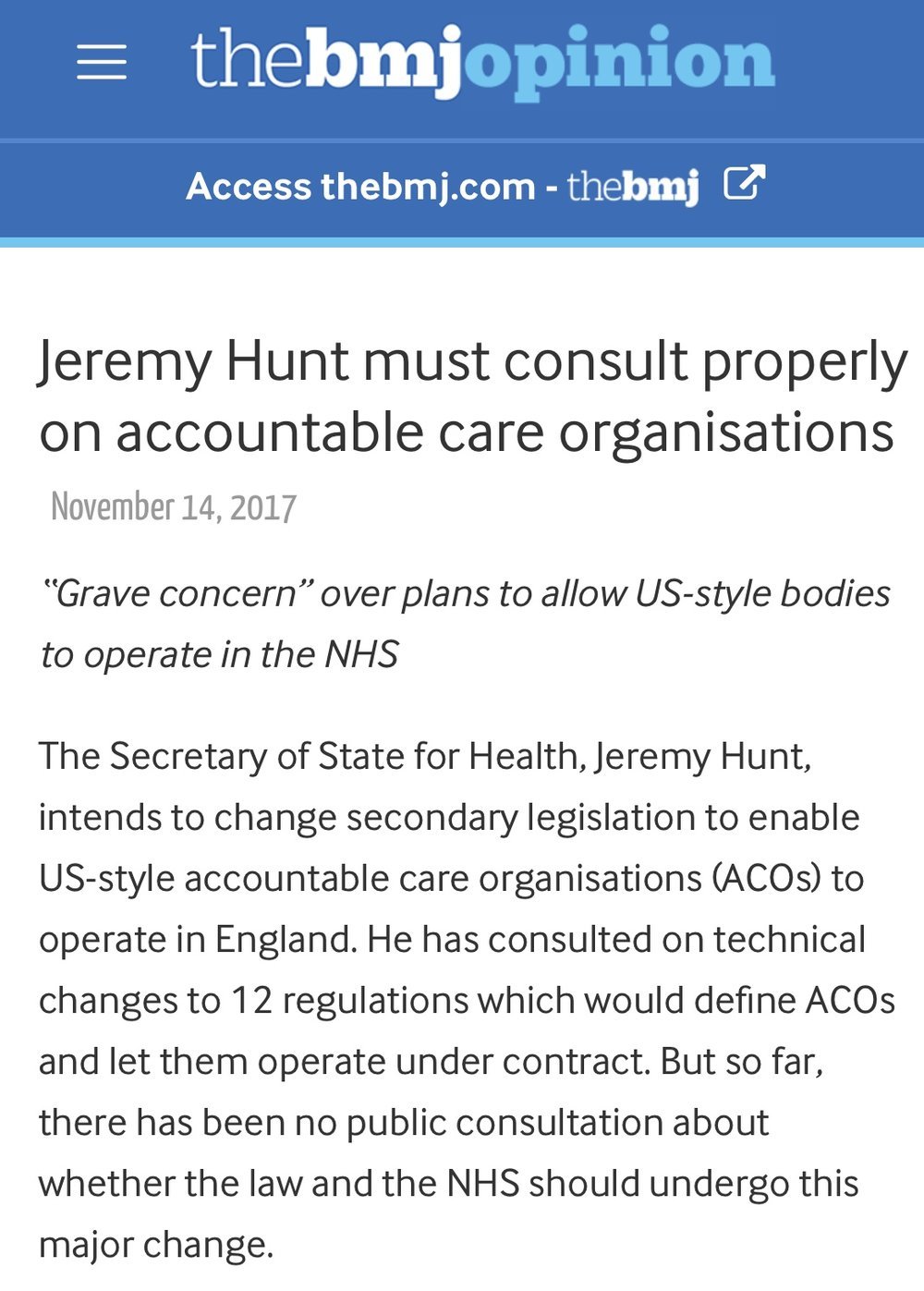 With regards to the issue at hand, I totally agree that there is something underhand about what Jeremy Hunt is doing. This article pretty much sums up my thinking but the essence of my disquiet is:

Part of me wants to jump into the (Twitter) debate but when I search for the above article on Twitter I find a bunch of people whose profile photos are about saving the NHS. Obviously, that’s their choice, but they seem to me to be the kind of people that i have the “two basic – but fundamental – issues with“ (ugh, I just quoted myself; narcissism personified). I don’t want to be in their gang so I stop myself. 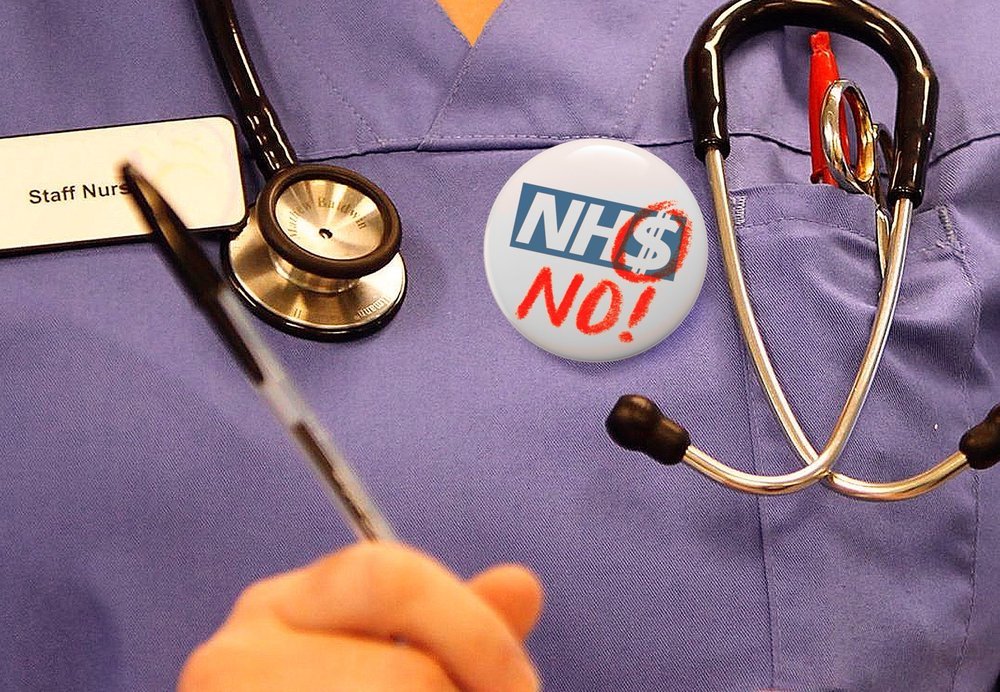 As ever, I suspect this post just shows how prickly I am (or something) and that I just need to get over myself and join in. But my reaction is real, and I’m left wondering whether it’s happening to others.

An example of this is the photo above. The implication is clear – whoever posted that photo doesn’t want American companies involved in the US. In the UK health debate, ‘American’ means ‘private’, hence the real message is not wanting the NHS to be privatised. I don’t have an issue with that opinion (although it does need debating somewhat) but I do have an issue with the ACO issue being reduced to that – and with the people making that reduction.

Are other people not joining in to this important debate because they’re put off by those they might side with?