Reflections on Othering, Oppression, and Why Inclusion Matters

Katherine Mella and Lawrence Barriner II of MIT CoLab share three reflections on BH&C’s symposium, each with a proposal for how to make improvements

As co-facilitators of the 2017 Bridging Health & Community (BH&C) symposium, Community Agency & Health, we had the pleasure of supporting and designing the convening with the BH&C team. And, like any well-facilitated process, the conveners had a debrief session immediately following the symposium to capture initial reflections. In the first post in this series, Leigh Carroll, a BH&C board member, began the process of elaborating on those initial reflections. Below we continue that work by sharing three of our own reflections, each with a proposal for how to make improvements on this first symposium, and the work of BH&C, in general.

Some participants spoke about their desire to cultivate deeper relationships with particular grassroots community groups. They wrestled with the best ways to establish authentic connections and develop trust as a collaborator. They understood the work of building relationships as a necessary precursor to collaboration and wanted to learn about tools that supported that critical phase of the process.

Others, typically those who identified as outsiders, who worked (or hoped to work) in partnership with groups in their local contexts, shared reflections of “community” homogeneously, or in a way that some felt ‘othered’ those stakeholders. Those ‘outsider participants’ often generalized experiences, initiatives, and groups into the broad term. Sharing comments like, “I want to do X with ‘the community’” or “We need to build stronger relationships ‘the community’” inadvertently lumps people into a faceless, nameless, powerless, single stakeholder that isn’t given the respect, dignity, or authority they deserve.

To combat this potential ‘othering’ of stakeholders (particularly diverse, vibrant, and dynamic communities) we propose BH&C makes space for more context-setting, including storytelling activities, such as Story Circles. This would allow for a more nuanced understanding of people’s circumstances and experiences, and could support more authentic conversations. Ensuring an even higher number of participants reflect grassroots stakeholders would also allow for those voices to be more present across different conversations.

One of the most contentious moments of the symposium occurred during the session titled, ‘A Candid Conversation on Failure.’ During that session, participants heard from Carl Baty of Rounding the Bases. Carl shared his experience as a black man, and the ways that systems, including health care, had failed him and impacted his life. 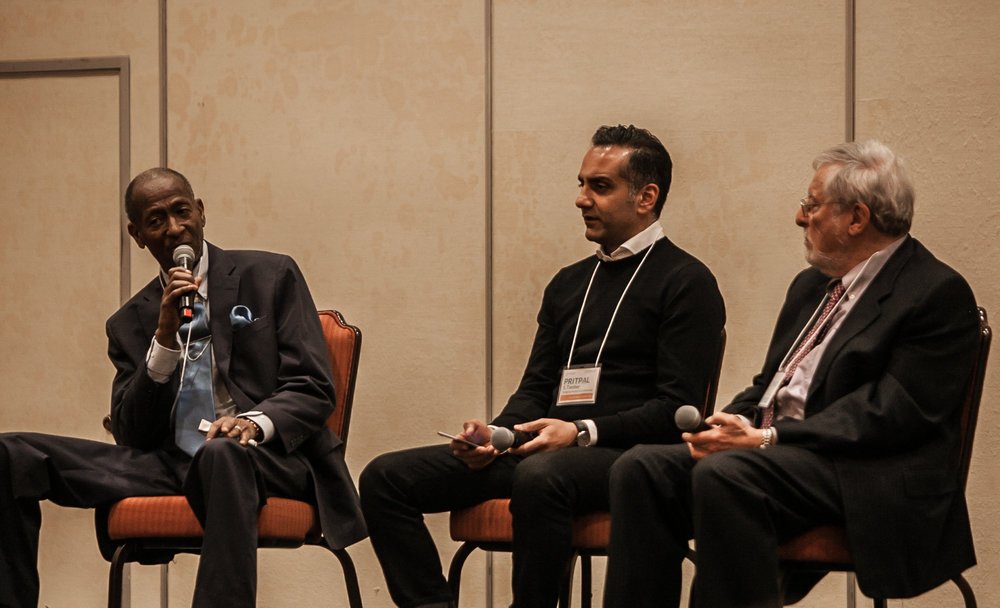 Carl Baty (left) during “one of the most contentious moments during the symposium”, with Pritpal S Tamber (center) and S Leonard Syme (right) (Photo by Nicolle Bennett)

The session had varying impacts on participants. Most appreciated Carl’s candor in sharing his story with a room of strangers, but some felt uncomfortable hearing the hard realities of his life. Others shared that the session felt exploitative and, in particular, some folks of color were hurt and traumatized by the experiences that Carl shared, which were personally triggering for them.

A crucial take-away from that session is that it’s impossible to discuss health system transformation and the role of community agency without acknowledging systems of oppression, including racism. This means understanding how oppression impacts who has access to care, how those people are treated, and the compounding social, economic, and environmental factors that disproportionately affect people’s health outcomes.

The session also illustrated why spaces are needed to explicitly discuss these systems of oppression as they intersect with health care. It’s important that people listening to a story of this intimacy understand that, while intensely personal, this story is also indicative of many systems designed to exclude. Having such discussions requires intentionality and planning.

It is critical that these kinds of personal, uncomfortable, and potentially triggering experiences are centered as valuable knowledge. And it is just as important that, in the centering, the experiences are handled with care and structured so that they honor the lived experience while not harming the sharer(s) or audience members by reliving the trauma(s). This can be accomplished through intentional agenda setting and skilled facilitation; ensuring that people who have lived experience with system failures are lifted up as experts in conversations and involved in determining what gets shared from the front of the room; and providing breaks and physical space for participants who need to step out of emotionally loaded conversations.

“Nothing about us without us”

The conference attendance was more diverse than most. There was clearly attention paid to involving participants across many dimensions of identity. And yet, the BH&C team (staff and board) is almost entirely white and some key members of it are not from the US.

Of course, being white and/or not being from the US shouldn’t stop anyone from working to solve the complex problems of the US health care system (quite the opposite, actually). And it certainly doesn’t mean that the US health care system doesn’t fail white people and people who weren’t born here (again, quite the opposite). But given the disproportionate negative impacts on marginalized communities – folks who are poor, of color, queer, disabled, and more – what the BH&C team unintentionally communicated to the conference attendees was: ‘We believe that we are the people who should lead this work.’

Although the BH&C leadership team is great at verbally positioning itself as ‘not experts’, the professional identities of people on the team still position them as experts. And, words aside, the identity of the team – mostly people whom the health care system does not historically and systematically fail – still had impacts on the conference – such as the two reflections above. 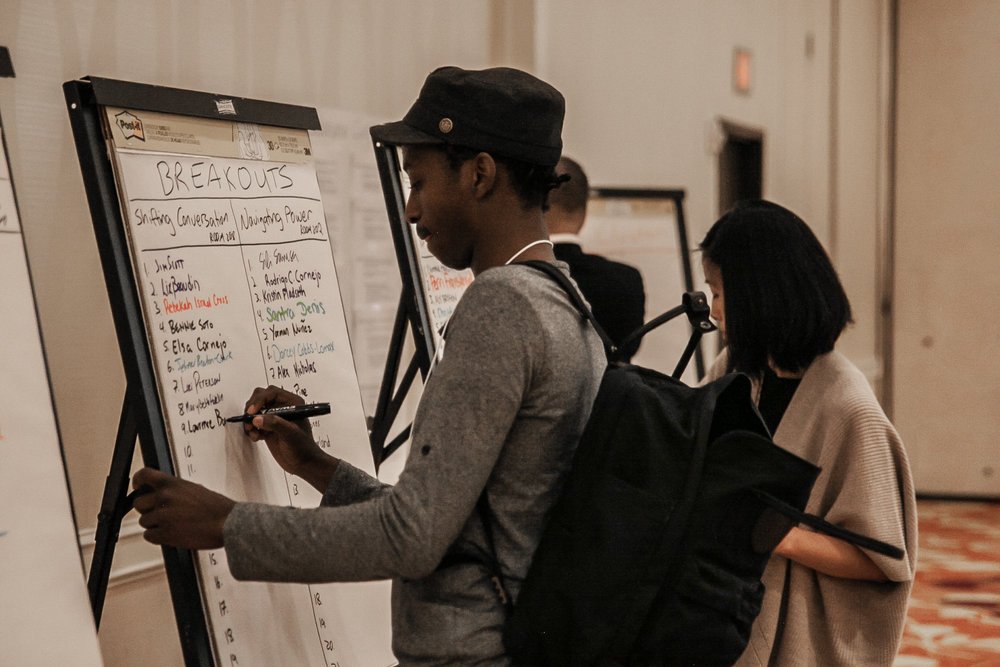 We believe that you cannot effectively organize interventions for people that systems fail without the people that the systems fail. It is important – we might even argue necessary – that in order to move on its mission, BH&C support the deep, meaningful inclusion (by way of representation) of all people who are the intended recipients of a health care system where communities have agency over their own health. For example, if the group intends to support work in a specific city, the BH&C team (board members, staff, consultants, partners, etc.) should reflect that city. If the scope of ‘the communities’ includes poor people of color, the team should reflect that, etc.

In closing we would like to share an encouragement based on principle 8 of BH&C’s 12 principles to fostering community agency:

This blog series is a direct embodiment of BH&C living out that principle.

We hope that these reflections and proposals support BH&C moving on its mission to overcome the disconnect between the health sector and communities. Thank you to the BH&C team for the opportunity to share our reflections. We’re looking forward to reading what others will share in this series! 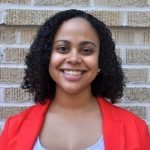 Katherine Mella is a Program Associate at the MIT Community Innovators Lab, where she supports the Bronx Cooperative Development Initiative (BCDI). BCDI is a network of grassroots leaders, anchor institutions, elected officials, and finance partners who are working together to achieve a sustainable, equitable, and democratic economy in the Bronx. Katherine leads BCDI’s community heath agenda alongside grassroots partners, leveraging opportunities tied to local and national health care system transformation, and using the social determinants of health as a key framework. Katherine earned her Bachelor’s degree from Brown University in Urban Studies and completed her Master’s in City Planning at MIT. 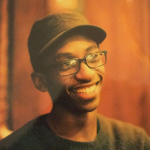 Lawrence Barriner II is Program Director for Community Media at MIT Community Innovators Lab and Executive Editor of CoLab Radio. His work at CoLab includes communications, narrative strategy, storytelling, and using media and media platforms to advance economic democracy and self-determination. His experience in these areas includes facilitation, implementation, and teaching. He is working towards a world that supports all people to imagine and achieve better, more whole futures for themselves and their loved ones. In his non-CoLab time he runs a life coaching practice, teaches strategic storytelling workshops, writes, and devours books and podcasts. Lawrence earned his Bachelor’s and Master’s in City Planning at MIT.

3 thoughts on “Reflections on Othering, Oppression, and Why Inclusion Matters”