We are struggling to meet the growing demand for care and yet it will only grow.

At the heart of this struggle is our inability to define health as more than just the absence of disease. Broader definitions of health may enable us to create health and so offset the growing demand for care.

The Creating Health Collaborative was formed to understand why, despite their potential, broader definitions of health remain only a fringe of health innovation.

The broad concepts that underpin the idea of creating health are: letting people decide what health means to them, which is often about living fulfilling lives rather than health per se; not being didactic about who creates health; accepting that all definitions will be local and hence plurality will be the norm; embracing ‘complexity’; and, given that this is largely unchartered territory, learning by doing.

We are prevented from creating health by talking about it from the lens of health care, which is actually organised around the bio-medical model – responding when someone is sick. When we try to think afresh, we’re more tethered to the bio-medical model than we realise, especially in terms of evaluation. There are too many theories on how to create health, leading to ‘analysis paralysis’, and as a result, we continue to have blind faith in Band Aids, such as safety net programmes. We over-value formal expertise, accumulated through academia, failing to acknowledge local heuristics, and often make the issue too big by making it about poverty and inequality.

The Collaborative was unanimous that the only way to learn about creating health was to try it. Things we need to learn include: communicating the trade-off between health and well-being; finding catalytic capital that ‘gets it’; rewarding better processes, even if outcomes are equivocal; how to surface and invest in the ‘scaffold’ that connects communities; the idea of collective attribution; and how to build a community of practice that will learn from one another.

The Collaborative is currently seeking funding to continue its work. 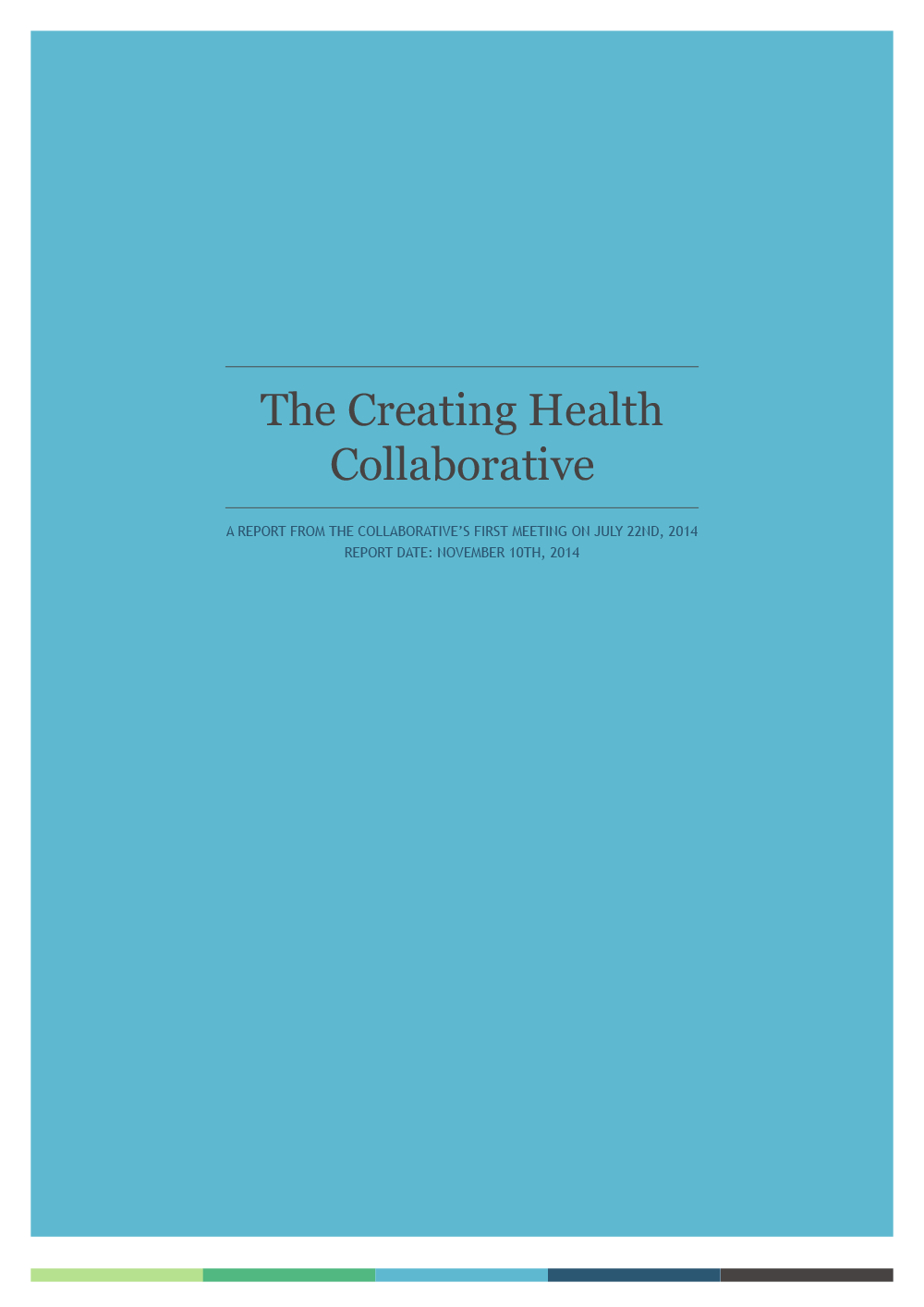 A report on the Creating Health Collaborative’s first meeting in July 2014. The premise that underpinned the meeting was that at the heart of our struggle to meet the growing demand for care is the inability to see health as more than ‘the absence of disease’. We sought to explore why broader definitions of health were only a fringe of health innovation. Through the meeting we began to delineate some principles for working with broader definitions of health.

Project this report was part of: The Creating Health Collaborative