Returning Health To The People

Richard Smith reflects on the difficulty of defining ‘health’ and ’community’, two parts of the complex task of ‘returning health to the people’, while supporting the Collaborative’s efforts to learn by experimenting and reporting back

In this invited post Richard Smith reflects on the difficulty of defining ‘health’ and ’community’, while supporting the Collaborative’s efforts to learn by experimenting and reporting back.

For the first two million years of humans there were no doctors. People were born, flourished, became sick, suffered, and then died without doctors. Probably there were healers who danced, sang, rattled skulls, and used herbs but managed without microscopes and randomised trials. “Scientific doctors” appeared recently, and quickly — according to Ivan Illich, the critic of industrial society — “expropriated” health from the people.  Now the Creating Health Collaborative wants to hand health back to the people. Can they possibly succeed?

The Expropriation Of Health

Ivan Illich began his 1975 book Medical Nemesis (the forerunner of Limits to Medicine) with the sentence:

“The medical establishment has become a major threat to health.”

I heard him lecture in Edinburgh in 1974 when a medical student and have never been the same since. The core of his argument was that medicine had falsely promised people that it could defeat the human eternals of pain, sickness, and even death. In doing so it displaced cultural mechanisms through which people endured and made sense of pain, sickness, and death. Medicine could not deliver on its promise and leaves people unable to make sense of what happens to them; they are converted from autonomous, responsible, coping, free individuals to consumers of the increasing range of technologies medicine has to offer. Pain, impairment, and death are transformed from “a personal challenge into a technical problem.” Nobody is dead until a doctor declares them dead.

Ancient Chinese doctors were paid only when their patients were well, but modern doctors have little interest in health. Sickness is their business, and the old joke that the only healthy person is one who hasn’t been adequately investigated is almost true: half the population has hypertension, half is overweight or obese, a third has a mental health problem. The Diagnostic and Statistical Manual of Mental Disorders, the “Bible of psychiatrists,” lists over 300 mental disorders. Yet life expectancy has been steadily increasing in most countries, although in high income countries the length of unhealthy life has increased faster. “Unhealthy life” now lasts over 20 years for women in the UK, starting soon after 60 and lasting until death in their 80s.

As the global medical empire expands it consumes more and more resources. The US spent 5% of its gross domestic product on health care in 1960, but this had risen to 17.5% by 2014. Uwe Reinhardt, a professor of health economics, jokes that eventually everybody in the US will either be working in a hospital or be a patient in one. Other countries do not spend so much, but the upward trend is the same everywhere. Expenditure on healthcare crowds out expenditure on education, housing, transport, the environment, and social care — many of which may be more important determinants of health than health care, which is really sickness care. Despite the huge expenditure health systems in high income countries are proving unaffordable, and sadly many low and middle income countries are following the same trajectory — instead of re-envisioning health systems.

Against this backcloth the pioneers who comprise the Creating Health Collaborative are trying to find a route to a saner, more sustainable health system that is primarily about health rather than managing sickness. They don’t imagine closing down the sickness system, but they aim for a better balance. They concede that they don’t know how to do this, but many experiments are underway. There will not be one way but many.

Rightly to my mind they think that the way forward lies not with individuals or political systems (although there may need to be political changes later in the process) but with communities. Their report outlines 11 principles for creating health and summarises experiments that are happening now. Carefully recording and evaluating these experiments will increase understanding.

What Is This Health We Are Trying To Create?

Any attempt to create health must, you might think, arrive at an agreement on what is meant by health. This is not so easy. For those professionals who work in health, even public health officials, health is effectively defined through the “deficit model” — if the person doesn’t have a disease that we can define then he or she is “healthy.” WHO has its grandiose definition of “a state of complete physical, mental and social well-being and not merely the absence of disease or infirmity.” Such a state is rarely reached by any of us, but the definition does have the advantage of making clear that health is not merely the negative state of not having a diagnosed disease (although at the same time illustrating that that’s how health professionals did think, and many still do in practice).

I was part of a group that attempted a new definition and arrived not at a precise set of words but a move “towards the ability to adapt and self manage in the face of social, physical, and emotional challenges.” This is close to Illich’s 1974 conception of health as “the intensity of autonomous coping ability,” but in an introduction to a 1995 edition of Limits to Medicine Illich rejected that definition: “I neglected the transformation of the experience of body and soul when well-being comes to be expressed by a term that implies functions, feedback, and their regulation.” I don’t fully understand this, but I think that Illich worried that his original definition means that people would fall back into the arms of health or system engineers. Illich wasn’t keen on professionals, and I’m by no means sure that he would have been an enthusiastic member of the Collaborative.

This debate over what is health is akin to the debates over what are art, poetry, freedom, or happiness. There never can be an agreed operational definition, and the Creating Health Collaborative sidestep the problem by declaring that health is whatever a community defines it to be. If it’s the removal of dog shit and the installation of street lamps, then that’s what it is—and the community finding a way to make that happen will in itself be a health-creating process. Indeed, the process may be closer to health than the outcome. (Perhaps the word health is being stretched to a point where it’s no longer useful at all, perhaps a problem for a collaborative that is trying to create it.)

Searching For My Community

Although I’ve confidently declared that community is the right level to intervene, I’m not sure how I’d characterise “my community.” I live in a big house in a well to do street in Lambeth, south London. I know quite a few people in the street, and some I’m sure would come to my funeral or even bring me soup if I become ill. Tomorrow I’m going to a street party, but I know that mutual loathing will stop some people going and may put a chill on the party. The street doesn’t seem to be my community. Yesterday I voted in the London elections, but I can’t conceive of my ward, borough, or city as my community. Perhaps it’s the people I have most contact with, but most of the contact is electronic—and the people are scattered around the world. That can’t be a sensible “community” in which to intervene to create health.

So I’m left with the worry that the collaborative is mostly concerned with “poor folks,” not rich people like me. Perhaps that’s not a problem because poorer people have much higher levels of ill health. We rich can look after ourselves, but any enterprise that concentrates purely on the poor runs the risk of being patronising and creating stigma.

Experiment And Report Back

Their recent report should be read as a report back with all the uncertainty that learning implies. As T S Eliot writes,

“In order to arrive at what you do not know, you must go by a way which is the way of ignorance.”

Embracing our ignorance is the first step to learning. 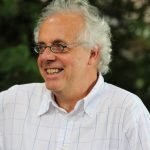 Richard Smith is Chair of the Board of Trustees of icddr,b, Chair of Patients Know Best, Chair of the Oversight Committee of the Cochrane Library, and a member of the Board of Children’s HeartLink. Until recently he was the Director of the UnitedHealth Chronic Disease Initiative. From 1979 to 2004 he worked at the BMJ and was the Editor of the journal and Chief Executive of the BMJ Publishing Group from 1991 until he left. He has a degree in management science from the Stanford Business School and was made a Commander of the British Empire in 2000.

1 thought on “Returning Health To The People”