Some Things Don’t Leave You

Some things don’t leave you. I’ve been thinking about that a lot as I do keynotes telling people in health care that they have a role in fostering the agency of a community. Yes, they do, but are people really able to express their agency if they’ve only ever experienced it being quashed?

Two things that have never left me are the economic insecurity of my youth and the experience of being denied access to clubs.

On economic insecurity, I had a pretty comfortable childhood but in my mid teens things got a little difficult for my family. It was never poverty but the shift from comfortable and content to constrained and constantly concerned felt abrupt and scary. Even to this day, I’m prettified to buy anything indulgent, even a nice sofa. The idea of spending more money than I have to, to reach to comfort rather than just function, fills me with fear.

Even when I had a fancy job and earned good money I didn’t know what to do with it. I was well aware that I could get ‘nice things’ but I’d experienced them in my childhood and it didn’t end well. The niceness of the things did not help when things got constrained, when the constant emotion in the home was concern.

With clubs, all I remember about clubbing in Birmingham (UK) through the 90’s was the constant fear of not being allowed in. It was the 90’s and it was Birmingham, so there was a strong race element to it. The super hot, barely clothed, white middle class girls that stood on the doorsteps of the clubs brandishing clip boards and deciding who could come in had no interest in (or were repulsed by) us brown people so we weren’t getting in. The excuses were pretty hilarious. You’d get in one week and the week after you’d be told you had the wrong kind of shoes on – even though you wore them the week before. You just got used to knowing that you weren’t wanted and tolerated the barely veiled racism that was part of life.

And so, even today, if I ever see a venue with someone on the door I’m immediately convinced I won’t get in. It’s ridiculous, partly because racism isn’t what it was (although London has plenty of other isms that might get in the way, shoe-ism very likely one of them) and partly because I’m now more resolutely of the demographic that people want in their clubs (some of us brown people have money now and so are not so repulsive) but, still, that feeling is there and seems deeply rooted in my epigenetic layer.

All of which takes me back to my work and whether it’s realistic to expect people who’ve only ever experienced their agency quashed to be able to express it. I guess my personal experience suggests no but, over time, I have allowed some indulgences into my life and perhaps I’m not always convinced I’ll be denied access to a venue. So, perhaps my experience suggests a tentative yes.

However, I know that if things go wrong I’ll curse myself for my indulgence or see my acceptance into a place as an aberration, and something that I wasn’t worthy of.

Stepping into one’s agency is a fragile thing.

But perhaps it’s less about oneself as it is about those that might follow us, especially our children. Perhaps the whole point is to create a new normal, a less neurotic relationship to money or a more confident approach to getting into places. And perhaps our facade of confidence gets passed down as a true confidence in them. While I’d hate for that confidence to be a form of entitlement, I do hope it’s true. If so, enduring the fragility of stepping into one’s agency is worth it.

Even if that fragility is something that never quite leaves you. 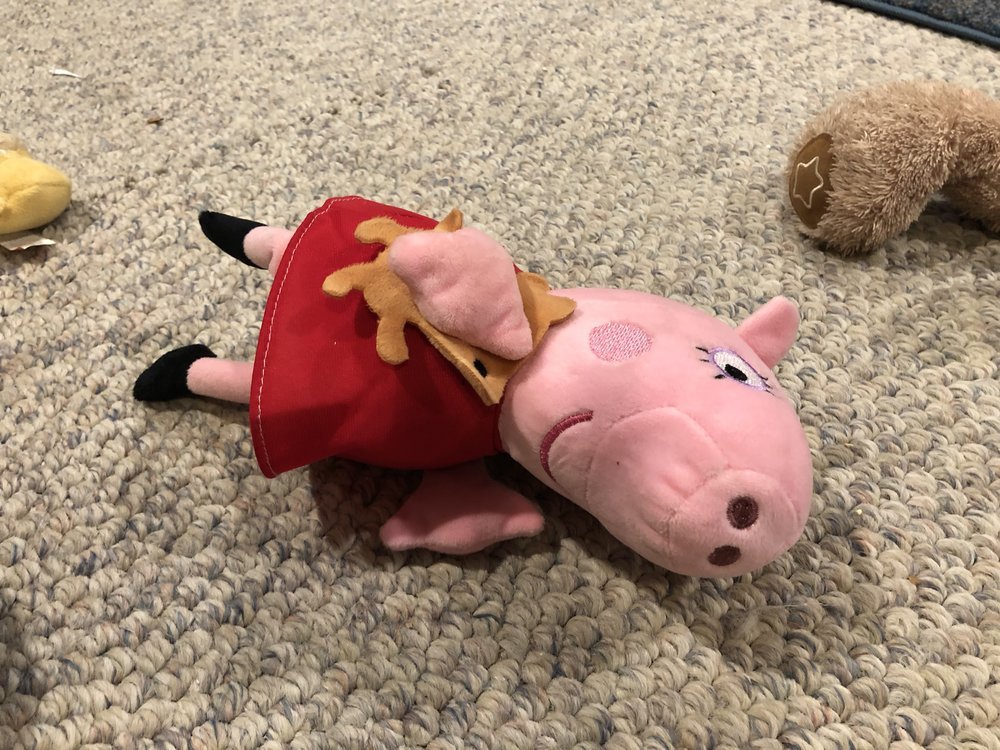 Honestly, when there aren’t kids about stuffed toys just scare me…