Systems Change, in a Scribble

There are some people you just love talking to.

I met one of them today, a breakfast meeting, at which we discussed the difficulty of changing systems. No, the seeming impossibility of changing them.

Mid discussion, she did a scribble… 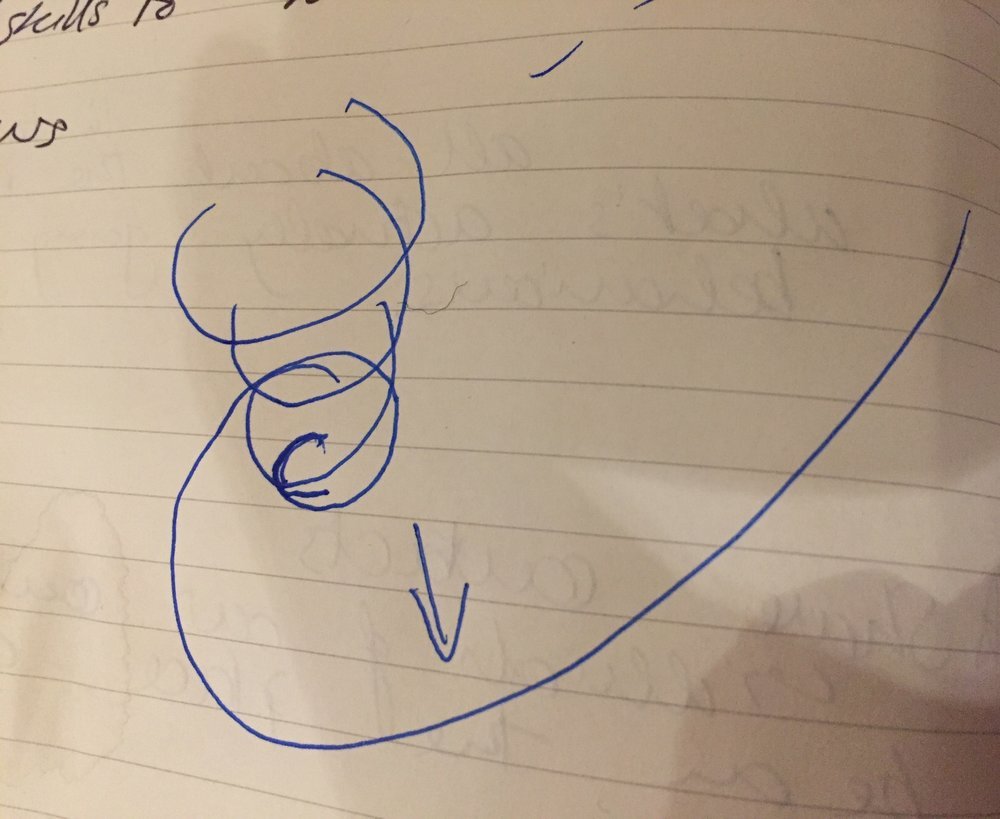 I know. It doesn’t look like much but her overlaying narrative was pure genius.

Classic initiatives to change systems hypothesise that you start a project somewhere, learn what works, then get five others to do it, then more and then more until you have the uptick – the moment the whole system decides to change “itself”. The arrow was supposed to indicate the moment it gains its own momentum.

It is, we agreed, total nonsense.

Projects fail or succeed as much because of the conditions in which they’re created and delivered as the actual intervention. The conditions are rarely – probably never – the same in two different places. What succeeds in Place A won’t necessarily succeed in Place B. It’s not the intervention you need to replicate but the conditions.

So, instead of trying to create multiple, identical projects (little spirals), you need to create the conditions in which place-specific spirals are created. And from that, there is a chance the system can change. No guarantees, but a chance – which is more than what happens with the “classic” approach.

Of course, this is well-known but very hard to do, which is why so few people try. Instead they hide behind interventions, fund multiple attempts at alleged system change, and, well, never get anywhere material. It’s madness.

That one scribble contains more genius than 99.9% of the innovation narrative in health. It was a good way to start the day.