The Artist, The Cook and The Pang of Work Incomplete

Peter R. Doliber describes the Collaborative’s recent report as an important and vital platform for changing the delivery of healthcare but encourages it to seek the perspective of the individuals it purports to serve

There hangs in my bedroom a painting of irises. I see it first thing upon awakening and last thing before sleeping. It is a purposeful and powerful reminder to me.

The artist was blind. She lost her sight when she lost her husband, along with her health insurance. A middle-aged woman with few skills, she fell from her middle class moorings and drifted towards poverty. A type 2 diabetic, without access to medications, her eyesight failed.

Through a free primary care clinic that I, along with several other well-educated and well-intended community leaders, developed, she received the care she needed and her sight returned. I was proud of our work and her painting serves as a reminder of that victory. 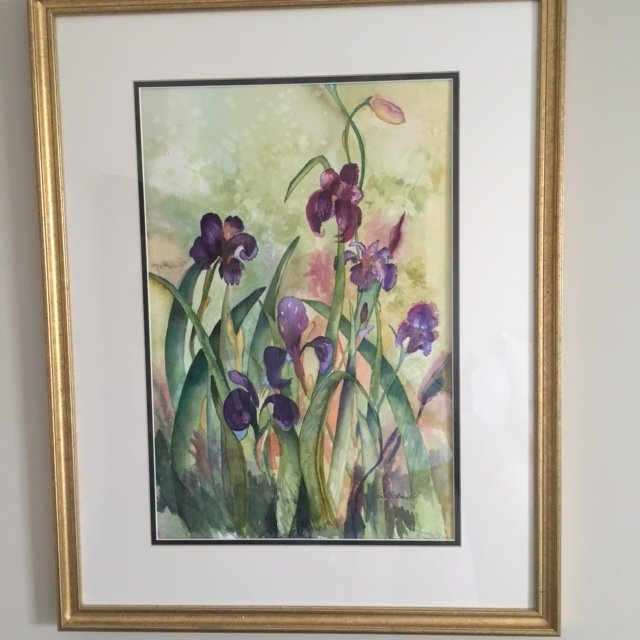 But as I worked on more health access projects, some with health providers and some independently, and reached further and further into parts of my community long abandoned by those responsible for its survival, I realized that my work had been naive.

The artist was a middle class woman who had experienced, and then lost, her health status. In that process she had not lost her personally-associated class status, so when a solution was made available – our free primary care clinic – she knew how to seize upon it. But I learned there were many, too many, who, having never experienced her level of self-actualization, would never partake of the clinic’s benefits.

I realized that many people were not in a position where they could take action for themselves. These people often faced daily struggles of safety and security and were, to a great extent, overlooked by traditional health systems. Years of neglect and emergency-only interaction had left them distrustful of the system and of anyone from those outside their community. If they were to receive help it needed to come from insiders, not well-educated and well-intended outsiders. More had to be done from within the community; by people for people, not to people. And while our clinic made great efforts, we knew we’d barely started a necessary and enormous process.

The memory of one person left in the wake of my own naiveté still eats at my soul. I ran a community center located between two subsidized public housing projects, which were not only unsafe but largely abandoned by the surrounding, more affluent community. Our purpose was to address the social determinants of health; the center included child care, adult education, nutrition, and a primary health clinic. The cook was my age (52, at the time) but had had three strokes before I met her. She was a great worker but often overwhelmed by the stress of living in the projects, left in a continual state of alert through the lack of security. To her, health, from a biological perspective, was a low priority. Getting to and from work safely was more important, a great necessity for her survival.

As an outsider, I could only empathize; I could not sympathize. Her reality was not mine. Our only true commonality was our love of flowers. Irises were her favorite.

I worked beside her every day and never knew her health status. Given her priorities, she never volunteered it and I – despite my good intentions – never asked. So it should not be a surprise that she died of undetected colon cancer at age 55 – despite the fact that she worked in a center dedicated to health.

When I read through the Collaborative’s Eleven Principles For Creating Health I heard the echo of my previous work. The recognition of community as self-defined (while not always being self-evident); that the power of health rests too heavily in the lap of the one providing care not the one needing it; that an outsider cannot dictate the solution to a perceived community problem; that biological measures do not bring healing; that in the end a community is the sum of its collective and individual parts; that the work is complicated, takes multiple interconnected resources, and always takes longer than we want; and that sustainability is often elusive. I was, and am, heartened by the codification of these realities.

But I also felt the pang of work left incomplete, and not altogether appropriate. Of people, like me, wanting to do the right thing for the right reasons but without the full benefit of the perspective of the individuals they’re seeking to serve. For me, the artist was easy. She was already aware of what she wanted and it was provided in a manner that, for her, was accessible. The cook was never helped because I never allowed her voice to be heard, never created the space for her self-actualization. Instead I unintentionally created an environment that reinforced her silence, which kept her anchored to her pathogenic circumstances.

I believe that the Eleven Principles, more importantly the people behind them, are creating an important and vital platform for changing the delivery of care. And in so doing they are creating the opportunity for people to not only define their own measures of health, but to also attain that measure for themselves. Their truth telling to power is spot on. They have the ‘what’ covered. The question now is, ‘so what?’

I urge the group to include those they seek to impact, to include those struggling with basic personal security (such as the cook), as well as those who know what they want (like the artist). I urge them to seek out and hear those that distrust outsiders and to let that influence their work. I also urge them to move beyond the (worthwhile and necessary) aspirational, academic dialogue and into process. I encourage the group to continue its truth telling but to also take action.

And do it now. Keep talking and learning, but start acting. The world cannot wait. I urge The Collaborative to seek its own painting, a purposeful, powerful, and daily reminder of what it has accomplished and what is still left to do.

Peter R. Doliber holds degrees in business and theology as well as Masters in Public Health and Health Services Administration. While with a regional hospital he developed programs that measurably improved health status while demonstrating a 3/1 ROI. He ran an inner city YMCA developing a public library, community garden, alternative school, early learning, meal program, health clinic, and adult education center. He is currently the Executive Director of the Alliance of Massachusetts YMCAs.