I’m sitting in Business Class on Emirates on the way back from Dubai. I’ve just spoken at an event held by a health insurance company. They held the event to illustrate to their regional partners that they’re thinking hard about the future of health, including making care more personalised and reducing its cost.

The thing that really struck me is how it’s hard to present an alternative narrative to those that dominate.

The narrative I deliver is how health care has gotten out of control, become too expensive, and fails to respond to what really matters to people. It’s a critical narrative, one that forces audiences to look in the mirror and think about whether they’re part of the problem and need to change.

The other speakers weren’t so challenging, at least not in such a fundamental way. They challenged the audience to embrace more technology, take note of how Generation Z (is that a thing?) conduct their lives, and be aware of how poorly trusted health insurers are, but they didn’t challenge the very shape of the industry. By being silent on it, they effectively endorse it.

That surprised me. It seems to me that if anyone should be holding health care to account its those that need to pay for it. And yet there seemed to be an acceptance that the way things are can’t be changed. Some of the executives even shared with me (over an excellent lunch) how they’d personally received care that was clearly driven by revenue rather than need (whether clinical or cosmetic). There was a collective shrug in the air.

This unquestioning of the health care narrative troubles me. It also troubles me that within that narrative there are others that go unquestioned, such as the ‘need’ (really? need?) to embrace robotics or AI or behavioural economics. How is it that we’re being forced to assume that these are the next wave of “solutions” when they’ve had so little testing, and even where they’ve been tested the value they offer is minuscule compared with the size of the problems in health care?

Obviously there are vehicles that push these narratives. At the most obvious level, there are companies that extol the virtues of the things they’re selling. And these companies will also club together into ‘interest groups’ that lobby for the whole industry so that many boats within it may rise. But there’s also something more subtle going on. I can’t quite put my finger on it, but it’s as though there’s some tacit belief that new technologies should be embraced, even if their value is incremental while the need is more transformative.

I guess people don’t want to come to fancy locations (it was in the W Hotel, for God’s sake) to hear about how their job is part of the problem. Their job is the proverbial food on the table, being told that they’re at fault will fall on deaf ears against that backdrop. Few people will jeopardise their own economic security, even if the source of that security is clearly problematic.

I don’t want to make out like I’m some kind of saint in all this. The nods to (client-supplied) luxury above – Business Class, a nice lunch, the W Hotel – all illustrate my own complicity with this world of wealth generated by an industry that’s losing – or perhaps has lost – its legitimacy. Indeed I got upgraded to First Class on the outbound flight and spent much of the time taking idiotic photos and videos of the insane luxury one can consume at 40,000ft. Do you really need a shower up there?

I’m amazed the insurance company booked me as their opening keynote. I suspect they were just attracted to my previous affiliation with TEDMED. But they seemed open to my message, even if they’re not about to do anything with it. Some of the following speakers told me over that nice lunch that they listened to me and asked themselves how they should follow up after I’d kicked health care and the fetishising of technology so hard. I didn’t sense that any of them struggled. Perhaps after a kicking a return to the familiar is welcomed.

Finally, and as usual, I was approached by 2-3 audience members that wanted to ‘do something’ off the back of my talk. But what? That’s the thing that I’m struggling with right now. After five years of this work, I know our approach to health has to change and I have a good sense of ‘how’. But where to start? That’s the challenge. I’m not sure I have another five years of this in me (although my mentor tells me he sees this as the beginning of my life’s work) but it’s clear that finding the ‘where’ to apply the ‘how’ is key.

And, in parallel, battling the prevailing, assumptive narratives around health care and its new toys and tools must go on. 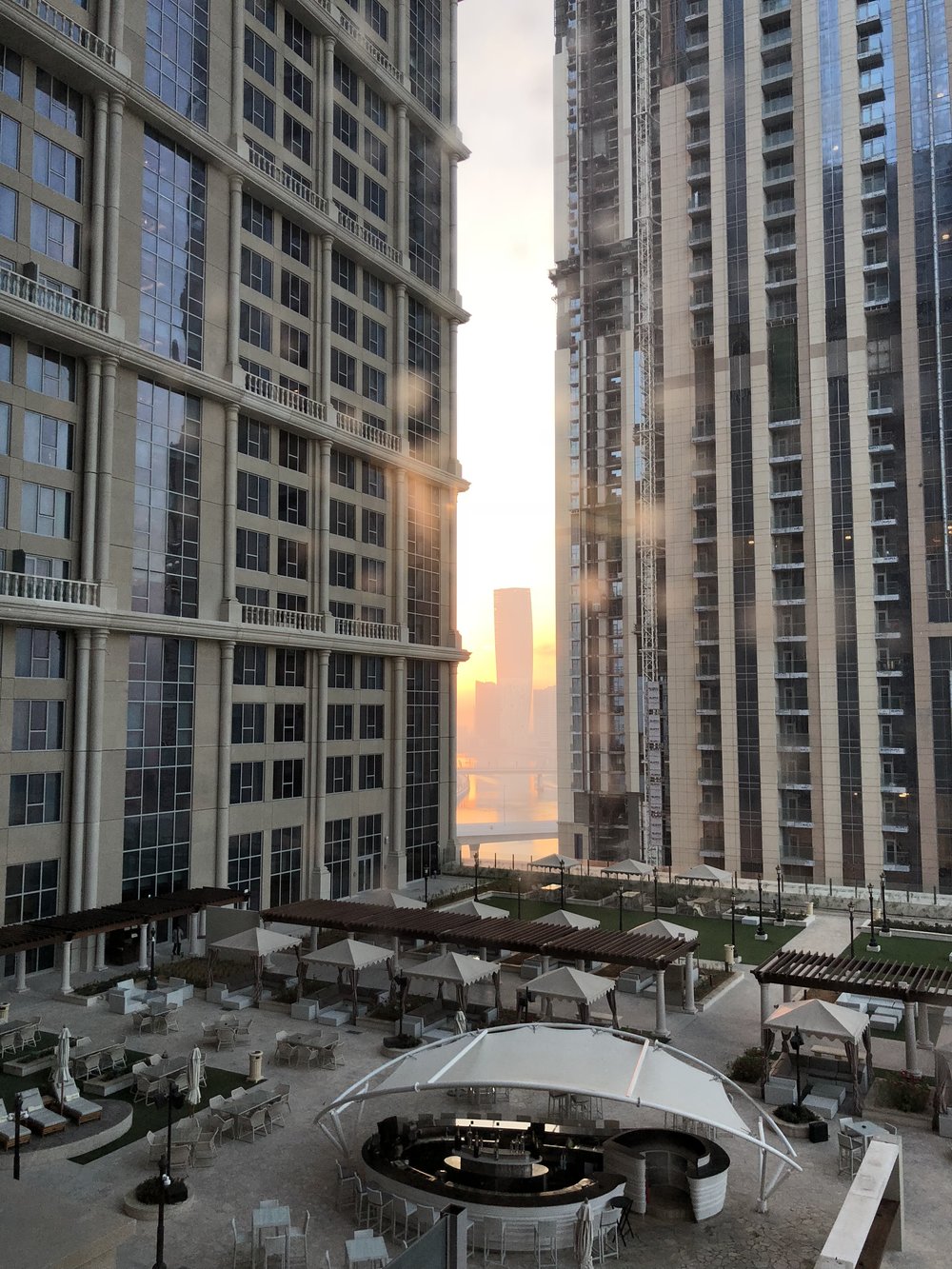 Good morning, Dubai, from the window of my fancy hotel

1 thought on “The Challenge of Saying It Like It Is”