The Joy of Thinking

I read the Financial Times.

No, wait, that’s an insipid start.

I know, that sounds like elitist condescension. Perhaps it is. But there is nothing more fascinating to me than to learn about the world from the kind of people able to teach it. That’s what the Financial Times’ journalism does for me.

Other newspapers don’t do it. I also read The Guardian but it feels like an echo chamber in my hands. My instinctual politics lie with it but I don’t want to read – especially pay to read – to just hear the echo of my own instinct. I want to think.

Better still, to be challenged to think.

The other publication that does that for me is The Lancet. It shows me a slice of the (medical) world that I don’t see or digest anywhere else. And it lays it out for me in a way that, again, makes me think.

Thinking is passé these days. Reacting is the norm. People blame social media for this but I don’t think things were any different back when we all got our opinions from The Sun and The Mirror, the two newspapers I saw most growing up. They seemed full of reasons to react, usually to shake one’s head at the woefulness of the world and the idiots trying to lead it.

I’m on my way to the US to deliver two keynotes. I’ve realised that the one thing I want to do is make people think. Sure, I can share my work, but, seriously, my work is obvious stuff. Health systems are failing low income communities because policy makers don’t care about them. I know we can find a million reasons (excuses) as to why and how that’s happening, but that’s it in a nut shell. Policy makers just don’t care about low income communities. A keynote on the obvious is pointless.

A keynote forcing people to think is way more valuable.

So, let’s think. Let’s really hold up a mirror to what the hell is going on in health and do something about it. That takes times. It’s not so much time spent on getting funding, developing plans, establishing milestones, blah blah blah. It’s time to actually think. What’s happening, why? Ok let’s now try to approach things differently.

In Dubai last week (see the previous post) I asked my audience to think, to see things as they really are. On the phone to a foundation in California on Friday, I did the same. And I’ve just been invited to Delhi to do it there too. Is thinking so hard these days that we have to fly a former Sun reader around the world to make people do it? And to say it’s ok to do it?

The challenge for me is to get paid (auto-correct made that “laid” at first; hilarious) for thinking and encouraging people to think. A million (unthinking) people have told me to get a role in academia. Why? Because that’s where thinking happens, apparently. Really? Have you seen the reams of crap academic research that’s churned out of university departments the world over? No, that’s not where thinking is happening. And even where it is happening, it’s usually abstract and disconnected from the real world.

I’m on a plane to Seattle right now and, as I was reading the Financial Times, the thing that occurred to me is how starved average Americans are of good journalism. Yes, I know it exists – and where it exists it’s amazing – but it seems like a niche, and a tiny one. On a day to day basis, the citizenry are fed a firehouse of histrionic nonsense, separated by ads for health care plans, drugs and debt relief. As a visitor, it’s difficult to endure, to know that this is what the majority of 326 million people are being asked (made?) to consume is heart breaking.

Were it not for the Financial Times and The Lancet, I think my brain would have turned to mush. Or, worse, taking residence in my instinctual echo chamber. It is, I’ve realised, a sheer privilege to pay to read these publications. The value I get is enormous (but please don’t raise your prices!) and the sadness I feel towards others caught in their echo chambers immeasurable.

Yes. I know I sound like a total wanker. But it’s all true. So, perhaps that’s what I am. 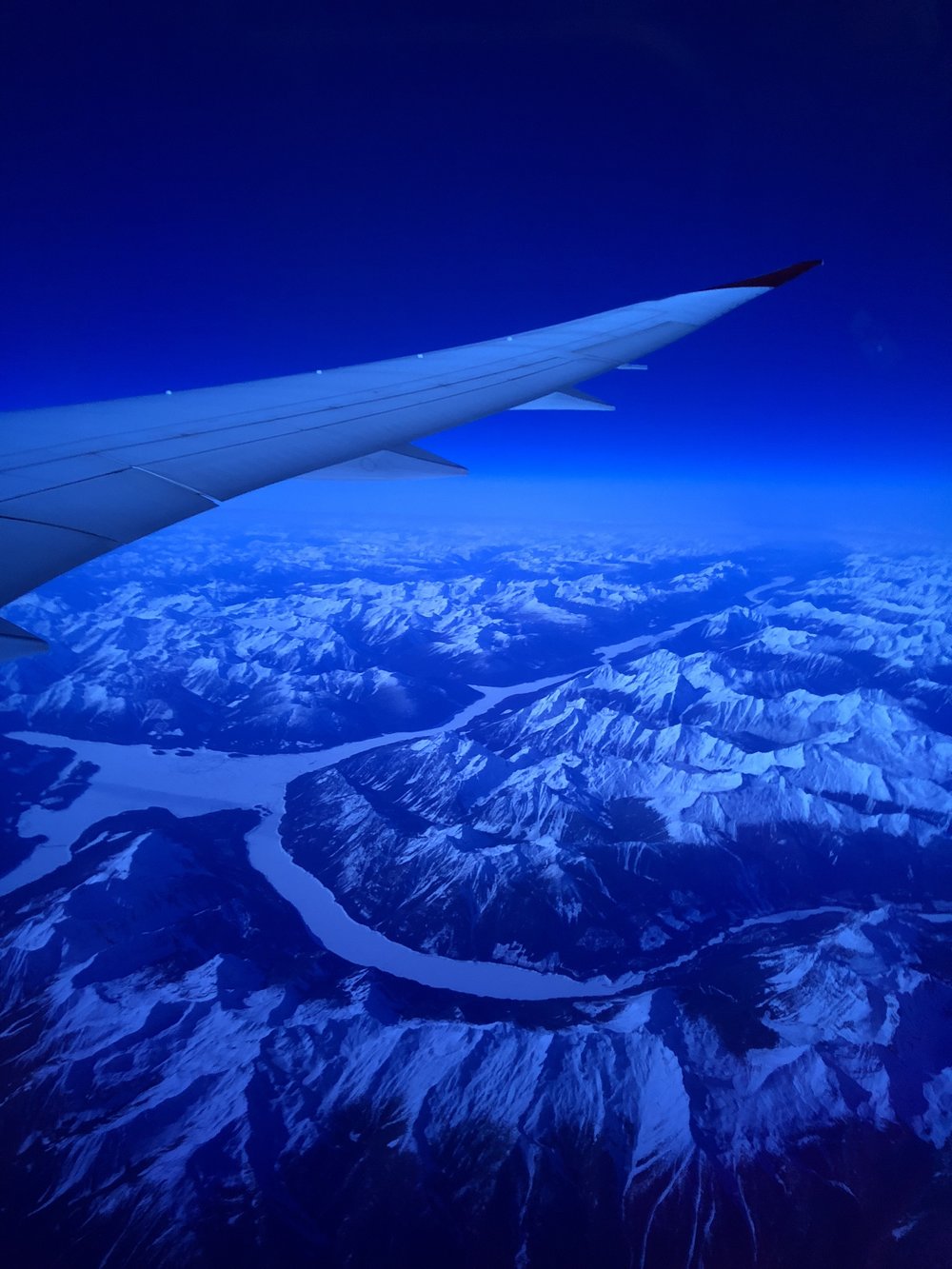 A view of the US as we flew towards Seattle, although I can’t really remember where this was

See other articles in this/these project(s): Personal
Scroll to Top