The Jumble of Non Conformity

A mess of a post reflecting where my head is right now - or at least how it’s not really anywhere concrete...

My brain is a mess right now. Let’s see if I can write a coherent post.

I’m on a flight to New Orleans. I’m speaking at an event for carers of people with intellectual disabilities. I’ve realised that my Apple Music hasn’t downloaded the albums I thought it had so I’m not listening to what I want to. I’m reminded how much I hate iTunes and Apple’s general approach to music. So confusing. So tedious.

Hans Rosling is dead. I’ve just been reminded of that by The Weekend FT. It was a passing comment in reference to his (posthumous?) book. I wrote to him ages ago. He replied. I was amazed. It was at the beginning of his stardom. He’d just done his first TED talk, I think, and I wanted to include him as an advisor to a consumer facing health publication I was planning. He couldn’t do it as he didn’t have time, but said he was interested. I was flattered that he was. And then, later, his company was bought by Google. That was when Google wasn’t a nasty company.

At least its nastiness wasn’t in the public domain yet.

The furore around Facebook is making me laugh. I left ages ago, perhaps two years. It was when they took the unusual step of making their new terms of use apply to all the information you’ve ever shared. It broke the rules. It meant that whatever you shared was theirs to do with no matter what, not just now but also in the future as analytic techniques evolve. It was the ultimate abdication of agency. I was horrified. I had to leave.

The fact that people don’t see this makes me laugh. It’s clear. There is a war going on out there. Your future versus their business. And you’re losing. Zuckerberg has endured the theatre of Congress. He’ll now lawyer up and you’ll remain fu@ked. Unless you act.

There’s too much going on in my life right now. I’m trying to get our UK work off the ground while reconsidering how to do what we’re trying to do in the US. If it can get more complicated, it is. I’m struggling to keep up but what I’ve realised is that it’s the paper work that’s killing me. The work I love. It’s the paper work that makes me suicidal. It’s time to get rid of all that. That’s what’s going on. That’s what the feet of the swan are doing. It’s too much, but I hope to be through the madness soon.

The BBC were considering me for a debate show. It was one of those Sunday morning panel shows that you likely switch over from. Their question was a good one: is the NHS fit for purpose (or something). No, was my answer. But the way they broke it down into three sub-topics to debate was awful. As usual, they wanted to talk about drug prices. When will people wake up to the fact that drugs are only 9 or so percent of the overall budget. About 60% is staff costs. If we’re going to talk about making the NHS sustainable we need to talk about staff costs. We need to stop debating in the margins. I told them that in the interview, the BBC that is. They didn’t select me.

I have struggled to draft the talk that I’m about to deliver. I’ll think about it after my meal on this flight. Perhaps. The client wants to know what evidence there is of the importance of relationships. They want to play the evidence game to ensure they’re not destroyed by managed care (essentially capitated budgets). They’ll lose. That, I know. I was going to write what they wanted and then realised there’s no point in writing and delivering a talk I don’t believe in. They need to be told. Their direction of travel is not going to work. The evidence game is the wrong one to play.

Damn it, I’m 44. It happened yesterday. Well, I guess it’s been happening all year, but yesterday marked the end of my 44th year so I get the badge. It feels old. I feel the same as earlier in the week but the number feels old. 44. Dafuq? No wife. No kids. A job that makes no sense. Shouldn’t my life make more sense by now? I don’t want to be tidied into respectability but still, conforming a little might make sense. Right? Right?!

There. A jumbled mess. That’s where I am right now. Not enough hours in the day.

But I’m guessing this is par for the course. If you want to live the fact that health systems in high-income countries are failing, and that existing systems always change too slowly, then you have to be an outsider. You can’t conform. Not even if you wanted to. So the grab handles of everybody else’s adulthood aren’t there.

Instead, you write jumbled blog posts and listen to music you didn’t want to. Because that’s what normal becomes. 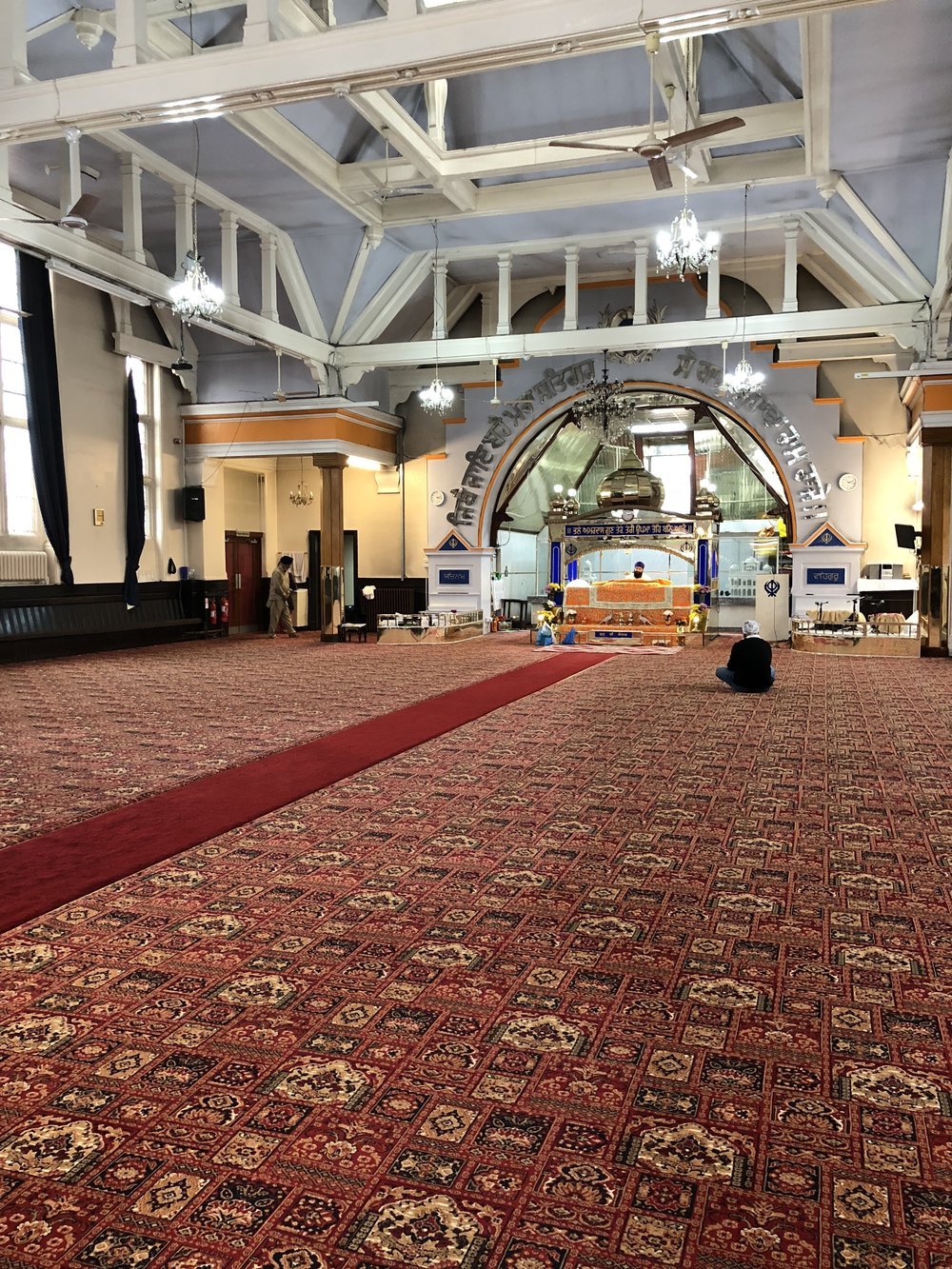 I went to the temple on my birthday. This is it. Guru Amar Das Temple in Leicester.