The Promise and Peril of Community Evaluation

Four ways to improve community evaluation so that it helps build, rather than erode, social progress

I see evaluations and data as tools. Used correctly, they can help us effectively analyze social change programs, services, and communities. They can also create transparency and accountability. But I’ve become more and more frustrated by them. People often consume evaluations as if they represent the absolute truth, without context, and this can hinder initial improvements and future developments. They also paint only part of the picture; they scratch the surface of how a person thinks or a community operates, but few get to the why. An evaluation may show us that a program is not meeting its goals but offer no insight as to the underlying reasons.

Unfortunately, data on Muskegon Heights, Michigan—my community, my home—paints a picture that doesn’t attract people, businesses, or investment. It does quite the opposite. In recent months, for example, my city has made statewide news as one of the most violent in the state. Examined closely, the violence rates relate to murders mainly among young black males; they’re not “random acts of violence” that would affect the average person. Nevertheless, these types of headlines deter businesses, which means fewer jobs—and yet jobs are precisely what the poverty-stricken population needs. The data essentially deprives the next generation in our community of even a glimpse of what the world has to offer. Data on Muskegon Heights also says that we live in a “food desert” and need a grocery store, but it does not tell you that we want jobs, which have the potential to build self-esteem and restore hope.

Part of why this happens—and one powerful thing to keep in mind—is that systems and structures are never neutral; public policies and services, private practices, and people with power all have built-in biases. We can see this in the glaring similarities of most urban communities in the United States; while geographically distinct, they operate from the same blueprint, influenced by the same biases from established systems. These biases flow through every aspect of the evaluation process and greatly affect the three main groups involved in evaluations:

But what about the things that happen outside of that prevailing framework? Data cannot tell you about the lady who had a stroke but bakes cookies for volunteers when they come together to clean her yard. Data cannot tell you about the 86-year-old farmer who teaches children in his neighborhood to farm and who sells produce to pay for his medication. For me, this is real “data” about my community—people surviving outside of “the system” and untouched by “the structures.” How do we capture these “facts”?

There are a few ways to make community evaluations more effective:

How we approach and report data can mean life or death for communities like mine. It can empower or further marginalize; it can help build or erode. As we develop and implement evaluation, we need consider the powerful effects that it can have on communities. 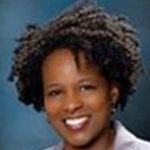 Kimberley Sims is a wife, mother of three, and avid homeschooler. She holds a bachelor’s in communication and has proudly served her community as councilwoman for the last 11 years. Sims sees her position as one of service and gives a platform for voices that would otherwise go unheard. She believes strongly in the empowerment of people at the grassroots level.