My favourite moment of 2017

What does it mean? It’s my favourite moment of 2017. The first time I washed my left foot after knee surgery. It felt epic. Beyond epic.

I blew my anterior cruciate and sliced my medial meniscus in a tackle at the end of February. It was a flimsy tackle, nowhere as hard as I’ve tackled in the past. And yet, for some reason, I was on the floor clutching my knee and wondering what was wrong.

I was convinced it was nothing. Within a few weeks the swelling was going down, although I was struggling to run on it. I thoughts I’d get an MRI, just to be safe but feeling guilty for the potential waste of NHS resources. And lo and bloody behold, there it was: cruciate and meniscus in tatters.

Surgery was at the end of March (I went private) and I’ve been on the slow road to recovery ever since. It’s been good, but often dark. All I want to do is play football again. I’m not ready to become a yogi. I know the benefits of Pilates as I did it after back surgery (yes, I know, my body is a wreck) but I don’t want to embrace it just yet either. I want the game. The only game that matters.

And so, there I was, a couple of months after surgery, standing in the shower and trying, very slowly to bend my knee and reach my foot. Soap in hand. Easy does it. Up comes the knee. The foot is in sight. Don’t overdo it. And don’t lose your balance. And then, miracle of all miracles, there I was, soaping my foot. Amazing.

Honestly, that was my favourite moment of the year. And it’s a year in which my company put on its first symposium, was able to pay me for some of the time I’ve invested, and even broke even in its first year of operating. But, still; nothing was as epic as that moment.

I’ve had other knee-related highs. There was the time I managed the MJ sideways moonwalk (felt good in the moment but then my knee ached for hours afterwards) and the recent moment I realised that I could run backwards and sideways, one of the key movements for defenders. They were good. 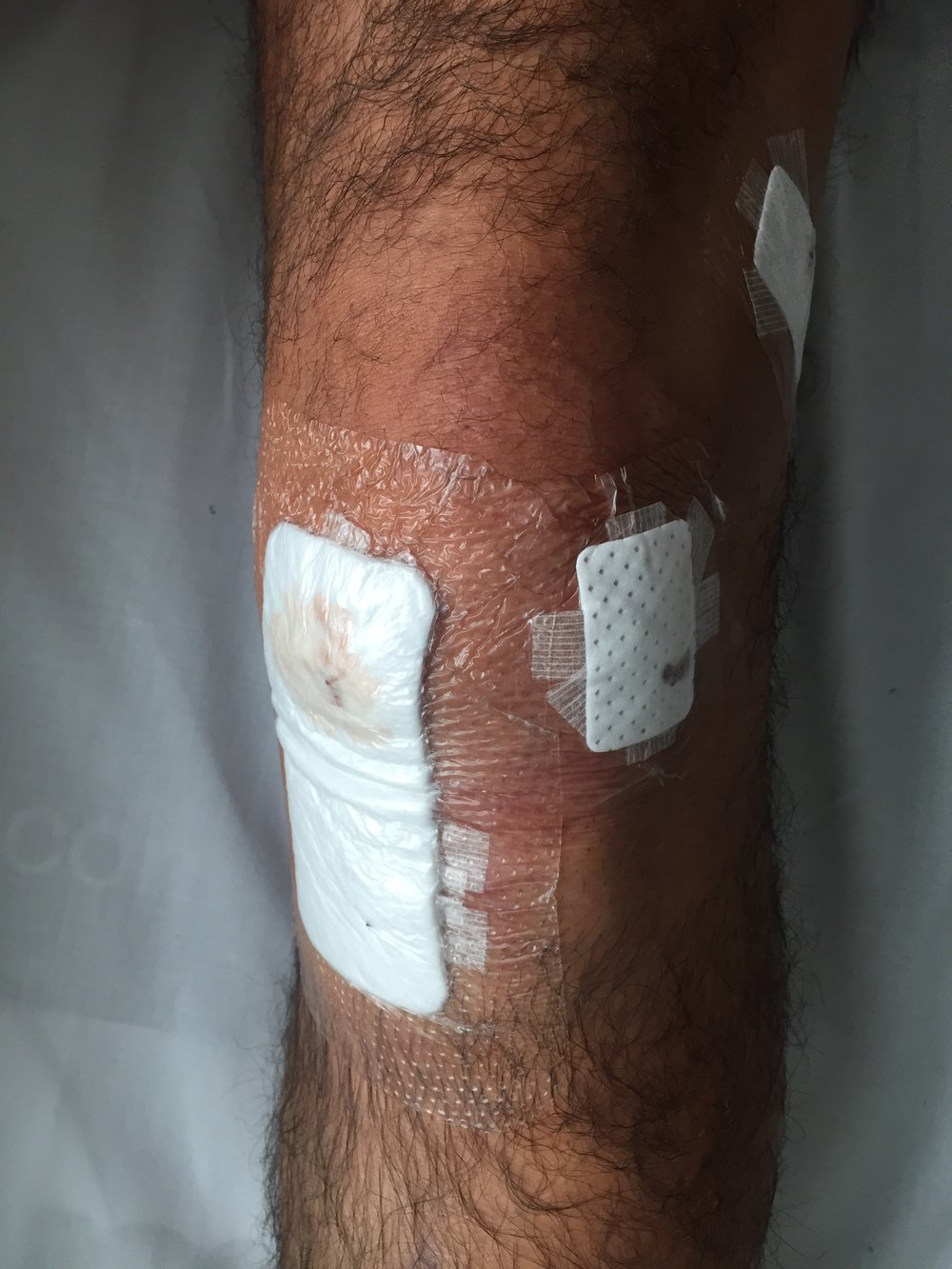 My knee, immediately after surgery (March 2017)