What Is Community Anyway?

Our understanding of community can help funders and evaluators identify, understand, and strengthen the communities they work with

“Community” is so easy to say. The word itself connects us with each other. It describes an experience so common that we never really take time to explain it. It seems so simple, so natural, and so human. In the social sector, we often add it to the names of social innovations as a symbol of good intentions (for example, community mental health, community policing, community-based philanthropy, community economic development).

But the meaning of community is complex. And, unfortunately, insufficient understanding of what a community is and its role in the lives of people in diverse societies has led to the downfall of many well-intended “community” efforts.

Adding precision to our understanding of community can help funders and evaluators identify, understand, and strengthen the communities they work with. There has been a great deal of research in the social sciences about what a human community is (see for example, Chavis and Wandersman, 1990; Nesbit, 1953; Putnam, 2000). Here, we blend that research with our experience as evaluators and implementers of community change initiatives.

First and foremost, community is not a place, a building, or an organization; nor is it an exchange of information over the Internet. Community is both a feeling and a set of relationships among people. People form and maintain communities to meet common needs.

Members of a community have a sense of trust, belonging, safety, and caring for each other. They have an individual and collective sense that they can, as part of that community, influence their environments and each other.

That treasured feeling of community comes from shared experiences and a sense of—not necessarily the actual experience of—shared history. As a result, people know who is and isn’t part of their community. This feeling is fundamental to human existence.

Neighborhoods, companies, schools, and places of faith are context and environments for these communities, but they are not communities themselves.

Since meeting common needs is the driving force behind the formation of communities, most people identify and participate in several of them, often based on neighborhood, nation, faith, politics, race or ethnicity, age, gender, hobby, or sexual orientation.

Most of us participate in multiple communities within a given day. The residential neighborhood remains especially important for single mothers, families living in poverty, and the elderly because their sense of community and relationships to people living near them are the basis for the support they need. But for many, community lies beyond. Technology and transportation have made community possible in ways that were unimaginable just a few decades ago.

Communities are nested within each other.

When a funder or evaluator looks at a neighborhood, they often struggle with its boundaries, as if streets can bind social relationships. Often they see a neighborhood as the community, when, in fact, many communities are likely to exist within it, and each likely extends well beyond the physical boundaries of the neighborhood.

Communities have formal and informal institutions.

Communities form institutions—what we usually think of as large organizations and systems such as schools, government, faith, law enforcement, or the nonprofit sector—to more effectively fulfill their needs.

Equally important, however, are communities’ informal institutions, such as the social or cultural networks of helpers and leaders (for example, council of elders, barbershops, rotating credit and savings associations, gardening clubs). Lower-income and immigrant communities, in particular, rely heavily on these informal institutions to help them make decisions, save money, solve family or intra-community problems, and link to more-formal institutions.

Communities are organized in different ways.

Every community is organized to meet its members’ needs, but they operate differently based on the cultures, religions, and other experiences of their members. For example, while the African American church is generally understood as playing an important role in promoting health education and social justice for that community, not all faith institutions such as the mosque or Buddhist temple are organized and operate in the same way.

Global migration has led to an assortment of communities based on people’s needs and desire for that sense of trust, belonging, safety, and caring for each other. For example, one group of new immigrants may form a community around its need to advocate for better treatment by law enforcement. Another group may form a community around its need for spiritual guidance. The former may not look like a community, as we imagine them, while the latter likely will.

The meaning of community requires more thoughtfulness and deliberation than we typically give it. Going forward, researchers, practitioners, and policymakers must embrace this complexity—including the crucial impact communities have on health and well-being—as they strive to understand and create social change. 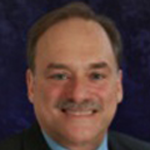 David M. Chavis Ph.D. is the Principal Associate and CEO of Community Science and is internationally recognized for his work in the implementation, support, and evaluation of community and systems change initiatives. The primary focus of his work has been the relationship between community development and the prevention of poverty, violence, substance abuse, and other social problems, as well as the design and implementation of community capacity building systems. 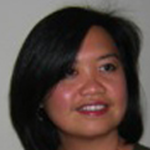 Kien Lee Ph.D, is the vice president and principal associate of Community Science where she specializes in issues affecting communities that are racially, ethnically, or culturally diverse. She brings more than 15 years of research and evaluation experience to this work, as well as expertise in the integration of immigrants, strategies, and programming for racial equity, the reduction of health disparities, and the development of cross-culturally competent organizations.