Why Can It Be So Hard to Make Stuff Happen?

In this invited commentary Ian Burbidge argues that putting people at the heart of their health requires existing systems to change in ways they seem unprepared to do, despite their rhetoric

What does it take to change a complex system of public and voluntary services? To my mind, that’s the fundamental question the Creating Health Collaborative’s recent publication, Eleven Principles For Creating Health is shining a light on.

Existing systems and bureaucratic structures act as barriers to the kind of change necessary to place people at the heart of their own health. Reading the publication therefore caused me to reflect on what it really takes to bring fundamental, positive change within a complex system; a simple question but one with no easy answers.

In 1854 Dr John Snow plotted cholera outbreaks in Soho, London, and related them to a contaminated water supply, dispelling the myth it was spread by miasma in the air. In 1890s New York Jacob Riis used photographs to graphically illustrate the squalor among the tenements, describing “evils more destructive than wars” that impacted catastrophically on the health and well-being of those that were crammed into them.

These two examples stimulated significant social change by taking a broader view of the problem to help identify the underlying causes. But somewhere along the way the UK health, social care, environmental and public health systems have grown into silos, driven in part by an application of Taylorism to the organisation and management of public services (the notion of top down, rigidly pre-determined, ‘scientific’ management of behaviour (McChrystal et al, 2015) and compounded by a prioritisation of fixing ill-health as it arises rather than preventing it arising in the first place.

The Creating Health Collaborative’s report reiterates this point that around two-thirds of our health is conditional on wider social and environmental determinants. It’s widely accepted that health starts in our homes, schools, workplaces, neighbourhoods, and communities, and yet the definition of our ‘health care system’ remains narrow and deeply protective of existing processes, systems and vested interests.

This deficit model means that treating people when they are ill still takes priority over prevention and public health which are never truly brought within the health system’s incentive structure. Policy-makers have long recognised the need to shift resources from downstream fixes to upstream interventions that address the wider determinants that impact on health, but this requires fundamental change that is not only technically difficult but also, in my view, largely unwanted by the government despite its rhetoric. And even if these challenges are overcome the required change still needs to be driven-though both politically and managerially, co-ordinated across organisations, professions, sectors and generations.

If this challenge is to be met it will need organisation- and system-wide structures to be rethought and reconfigured with people at its heart. Recent austerity measures and the acknowledgement of a population time-bomb haven’t yet led to truly transformational system redesign. So under what scenarios might this happen? How can we, for example, break down the barriers between acute, primary and community care whilst engaging people and communities as part of the solution? As one Clinical Commissioning Group manager recently said to me, “You simply can’t put people in the same team and assume that’s the same as integrated working”. So if system redesign is a longer-term ambition, what can we do in the short-term to support people to make small scale changes in their working practice and culture that will enable integration and improvement? The Creating Health Collaborative’s principles are a useful checklist to help practitioners with this vital work.

Interestingly the eleven principles correspond closely to the characteristics of what academics call ‘boundary-spanners’, those natural influencers and collaborators who drive innovation and change across systems for the benefit of local people, being more interested in what works than who takes the credit. These people are often the drivers of change, leveraging the strengths of teams and employees regardless of their position, status or organisation. One way of making the principles relevant is to identify and support these people in their work by recognising and legitimising the value they add. Adopting these principles as team and employee values and behaviours would be another. Together these could start to embed the culture change needed to achieve organisation- and system-wide improvements.

We now take for granted the historic improvements made in sanitation and housing and their positive impact on our individual and population health. Yet it is estimated that the National Health Service in England spends £1.4bn a year on treating people who suffer illness or physical harm linked to poor housing quality. The timing seems right for a further series of revolutionary advances in the way we approach health improvement in its widest sense, and it is to this debate that this report contributes.

The principles form a useful starting point. What is now essential is work to translate these from words into more concrete, relevant actions that practitioners can employ ‘on the ground’. The last thing they will want as they go about their work within a system operating largely under crisis mode and with minimum capacity for new things is another initiative. Whilst the Creating Health Collaborative’s eleven principles won’t in and of itself lead to action and change, it is useful in helping focus on the art of the possible, a reminder of the culture change that is needed.

Questions around how to achieve lasting, impactful system-change are now more important than ever, particularly around health. Here at the RSA, as we start to scale up our work around health and well-being, we are reflecting on what this would mean for people, places and public services. As RSA Chief Executive Matthew Taylor writes in a recent blog on ’emergent impact’, most attempts at social change fail. What’s needed is fundamental system change, based on a recognition that attempts at social innovation can be unpredictable at best and must be accompanied by a willingness to adjust course at any moment. On this, it would seem that both the RSA and the Creating Health Collaborative are in agreement. 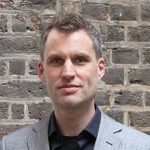 Ian Burbidge is Associate Director at the RSA, leading a programme of research and analysis across the public services and communities sector with a focus on health and well-being. The RSA works to enrich society through ideas and action and bring about the conditions for change that can release human creativity. Find out more and help the RSA develop its vision of a healthy society by following @theRSAorg and by visiting our health and well-being project page.